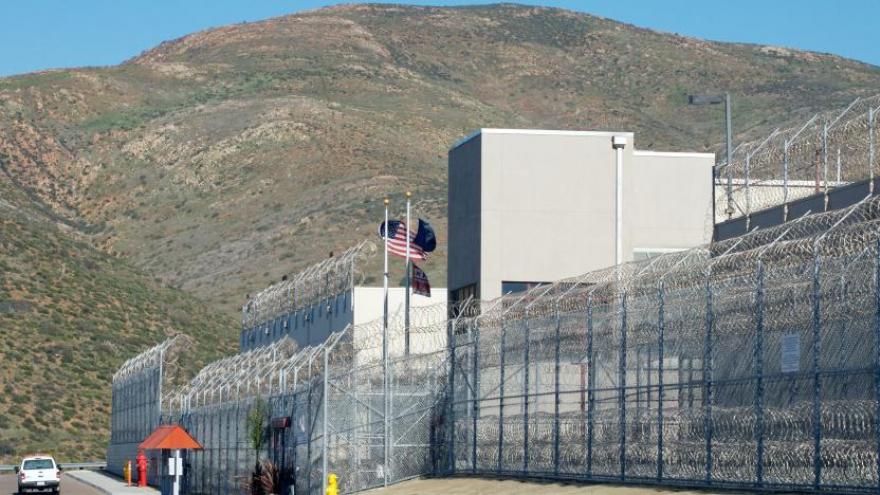 (CNN) -- A 57-year-old man from El Salvador became the first person to die from coronavirus while in Immigration and Customs Enforcement custody, a senior immigration official told CNN on Wednesday.

The man had been held at the Otay Mesa Detention Center in San Diego, California, the official said.

"He contracted (Covid-19) at the facility," the senior immigration official told CNN. "As soon as he tested positive he was sent to the hospital. He died there."

Reports of the man's death drew swift condemnation from immigrant rights organizations, who've been pushing for weeks for ICE to release more detainees from its facilities and arguing coronavirus poses a deadly threat to immigrants behind bars.

"The heartbreaking tragedy at Otay Mesa could have been prevented had US immigration officials heeded the recommendations of medical experts and acted in time," said Dr. Ranit Mishori, a senior medical adviser for Physicians for Human Rights, in a statement Wednesday. "Thousands of doctors, advocates, and even the former acting head of ICE have been sounding the alarm for months about the grave risks of immigration detention amid the COVID-19 pandemic. The government cannot say it did not know this would happen."

ICE and CoreCivic, the private prison company that operates the detention center, did not immediately respond to requests for comment.

It's been six weeks since ICE announced the first detainee in its custody had tested positive for the novel coronavirus.

According to the latest statistics published on the agency's website, 705 detainees in ICE custody have tested positive for the virus out of a total of 1,460 detainees tested.

The Otay Mesa Detention Center is the facility with the largest number of detainees who've tested positive -- 132, according to ICE.

Nationwide, a total of 39 ICE employees at detention centers have tested positive for Covid-19, including 10 at the Otay Mesa facility.

ICE has released hundreds of detainees in recent weeks as advocacy groups have raised concerns about how easily the virus can spread in detention facilities, which have long faced criticism for how they handle even routine medical care. About 30,000 detainees remain in ICE custody, according to the agency.

Some detainees have been released in response to court orders from federal judges after lawsuits were filed arguing for the release of medically vulnerable populations.

ICE has maintained that caring for detainees in its custody is a top priority and that the agency is doing everything it can to mitigate the spread of the virus.

Immigrant advocates, public health experts and some lawmakers have been pushing for ICE to release detainees for weeks, warning that deadly consequences could result if the disease spreads in ICE detention. Two contracted medical experts for the Department of Homeland Security wrote a letter to members of Congress in March warning that they were "gravely concerned" about the risks the novel coronavirus poses not only to detained immigrants but to the general population, who they argued could also be affected by outbreaks in ICE facilities.

"This is a terrible tragedy, and it was entirely predictable and preventable," said Andrea Flores, deputy director of immigration policy at the American Civil Liberties Union.