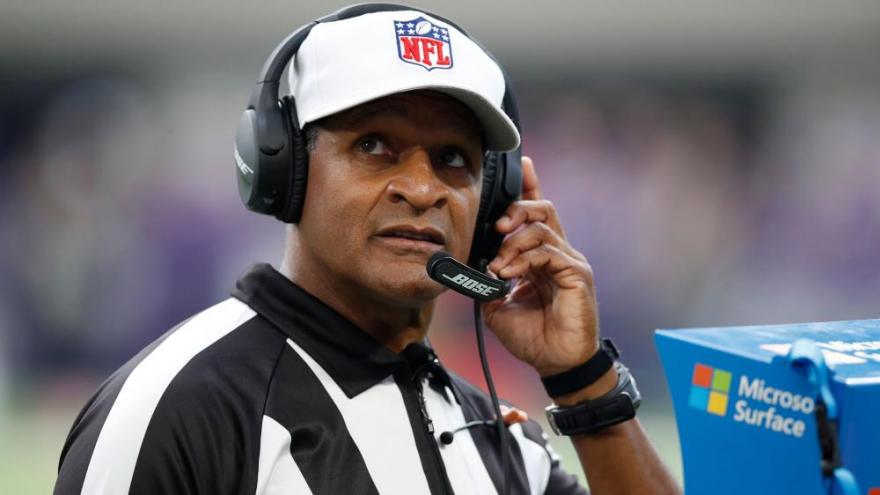 (CNN) -- An NFL game will feature an all-Black officiating crew for the first time in the league's history.

The crew, which will officiate the November 23 Tampa Bay Buccaneers and Los Angeles Rams game, will be led by 17-year veteran Jerome Boger, the NFL said.

"This historic Week 11 crew is a testament to the countless and immeasurable contributions of Black officials to the game, their exemplary performance, and to the power of inclusion that is the hallmark of this great game," Troy Vincent, NFL executive vice president of Football Operations, said in a statement.

Boger, who was promoted from line judge in 2006, is the third Black referee in league history.

"I am proud of my heritage and excited about my participation in this historic game," Boger said in a statement. "The opportunity to work with a great group of Black officials and exhibit our proficiency in executing our assignment is something I am really looking forward to."

Anderson, Mapp, Shaw and Jeffries regularly work with Boger as a part of his crew, the NFL said.

Boger was the referee for Super Bowl XLVII, and Anderson, Johnson and Steed were part of the Super Bowl LIV officiating crew, which included the most minority officials for a Super Bowl, according to the NFL.