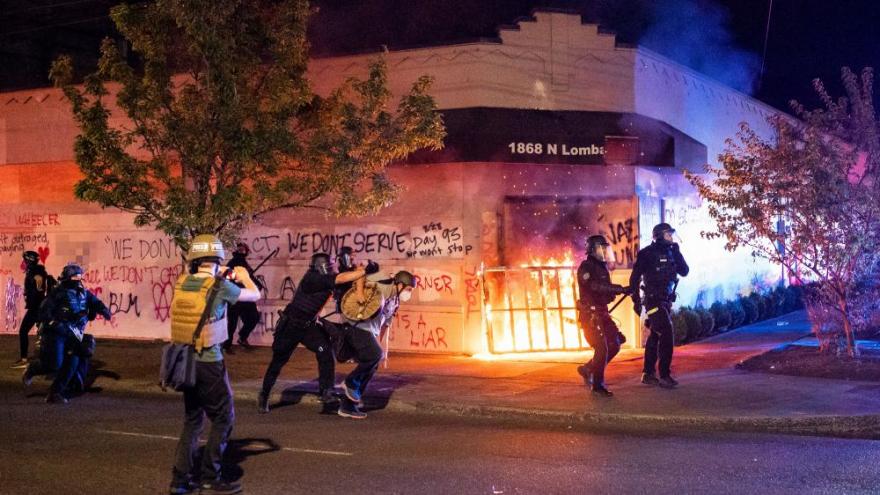 (CNN) -- Fires were set outside a Portland police union building early Saturday morning, according to police, as demonstrations in the city over racial injustice stretched into their third month.

Multiple dumpsters were wheeled into the road and at least one was lit on fire, the statement said. Demonstrators then put debris "against the front door of the building, appeared to spray accelerant on it, and lit it on fire."

Protesters were ordered to disperse so that police could extinguish the fire, PPB said. As they approached, protesters threw objects, including rocks, at officers, police said. Some officers suffered "minor injuries." Police used "crowd control munitions" but did not use tear gas, according to the PPB statement.

Multiple arrests were made, police said, and an arson investigator responded to the scene.

Overnight demonstrations came on what CNN affiliate KOIN reported was the 92nd consecutive night of protests in Portland over race and police brutality sparked by the police killing of George Floyd in Minneapolis.

KOIN reported that protests Friday night were also meant to express solidarity with demonstrators in Kenosha, Wisconsin, where a Black man, Jacob Blake, was shot seven times by police earlier this week.