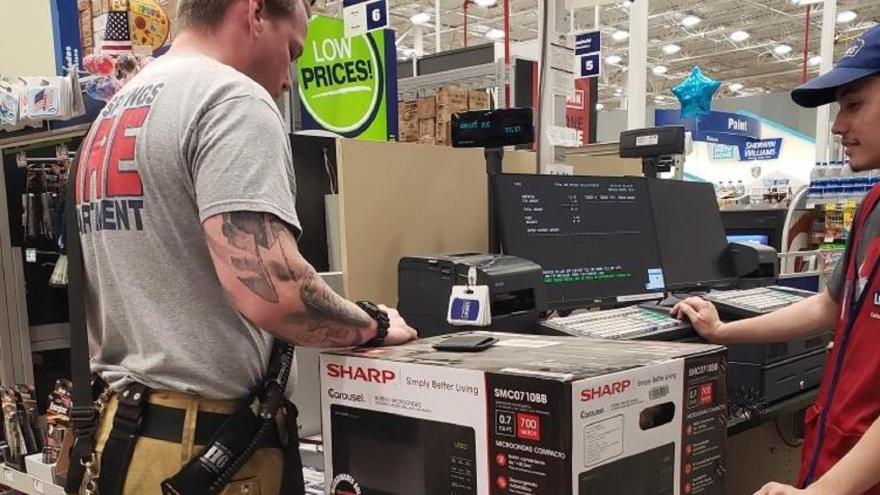 Firefighter Doug Hope buys a microwave for an elderly woman in High Springs, Florida, after his crew responded to a false alarm at her residence.

(CNN) -- A Florida firefighting crew decided to warm up an elderly woman's meals -- and our hearts.

The crew from High Springs Fire Department responded to a Life Alert alarm activation on Thursday -- but quickly realized it had been a false alarm.

They stuck around to make sure the elderly woman was OK, and discovered a different problem: her microwave was broken.

The firefighters learned that the woman lives alone and receives her meals from the Meals on Wheels program. Many of them come frozen.

"They couldn't in good conscience move on and not get this woman fed a (warm) meal, especially if this is the only way she receives them," a High Springs Fire Department spokesman told CNN.

The crew headed straight to Lowe's and bought her a brand new microwave, installed it and cooked her dinner.

Lt. Kimberly Wilson has known Doug Hope, the firefighter who purchased the microwave, for years.

"He's awesome," Wilson said. "We do this job because we want to help people."

Hope joined the High Springs Fire Department about 6 months ago, but has been a firefighter for years, the department said.