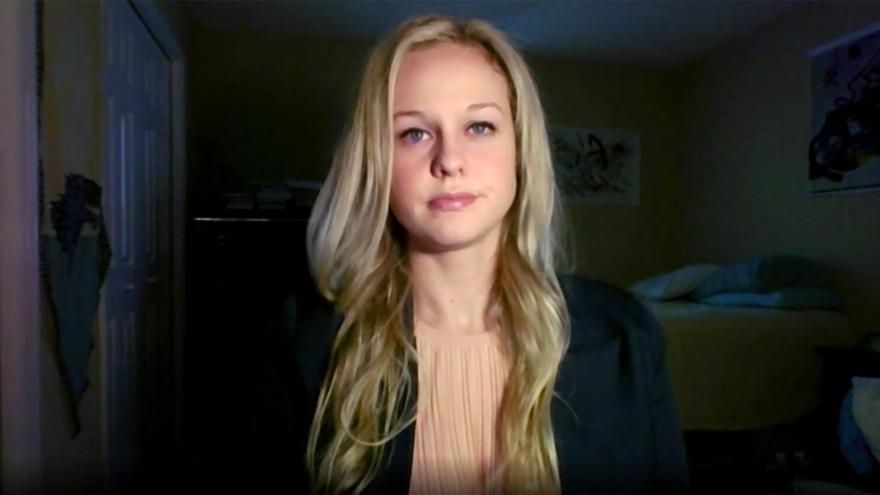 Rebekah Jones has filed a lawsuit alleging that police obtained a "sham" search warrant aimed at retaliating against her for being a whistleblower.

(CNN) -- The former Florida data analyst who has accused state officials of covering up the extent of the pandemic has filed a lawsuit alleging that police obtained a "sham" search warrant aimed at retaliating against her for being a whistleblower.

Rebekah Jones alleges that Florida Department of Law Enforcement (FDLE) officials violated her First Amendment rights, deprived her of due process and unlawfully seized her computers, cell phone and storage media during a search of her house on December 7, according to the suit filed Sunday.

The suit also alleges an unnamed FDLE agent grabbed Jones' midsection "without consent, authorization, or legitimate basis" during the search.

The FDLE has said it is investigating whether Jones accessed a state messaging system without authorization to call for state officials to "speak out" about coronavirus deaths. Officials traced that message to an IP address linked to Jones' house, according to a search-warrant affidavit.

Jones, who was fired from the Florida Department of Health in May and has repeatedly criticized Gov. Ron DeSantis' handling of the coronavirus crisis, has denied sending any such message.

Jones' suit claims that the basis of the search warrant was "a sham to punish" her for "protected speech."

The suit states that IP addresses are commonly "spoofed" and references news articles that found that the username and password for the system of the message that triggered the investigation were publicly available on the health department's website.

Under Florida law, "no reasonable officer would regard accessing the site to be a crime," the lawsuit claims.

"FDLE, seeking to ingratiate itself to DeSantis, sought to silence Plaintiff's online speech by confiscating her computer and to discover her confidential sources and other information by seizing her cell phone," the lawsuit states.

Jones has asked the court to order the return of her possessions and award damages.

FDLE Commissioner Rick Swearingen, named as a defendant in the suit, has said FDLE agents acted properly when they executed the search warrant.

"I am proud of the professionalism shown by our FDLE agents as they served a legal search warrant on the residence of Rebekah Jones. Our criminal investigation continues, and while I have not seen this lawsuit, I believe the facts will come out in court," Swearingen said in a statement Monday.

The FDLE released body camera videos that showed about 23 minutes passed between the time officers first rang Jones' doorbell to execute the search warrant and when Jones opened the door of her Tallahassee home.

State officials said in May that Jones was terminated because she "exhibited a repeated course of insubordination" and modified a state data portal without input or approval from epidemiologists or her supervisors. Jones has argued she was fired after she refused to falsify state coronavirus data.

Jones filed a whistleblower complaint in July with the Florida Commission on Human Relations. The complaint remains pending.