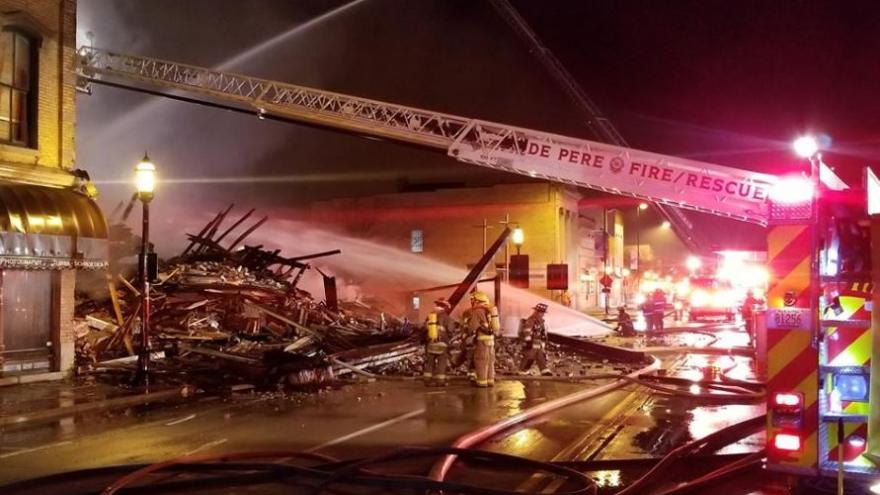 DE PERE, Wis. (AP) -- A historic building in De Pere that housed a restaurant, apartments, a yoga studio and photography business, has been destroyed by massive fire.

Firefighters rushed to the scene about 12:30 a.m. Wednesday and found smoke in the Ogan restaurant on the first floor.

Fire Chief Alan Matzke says about 20 people living in second-floor apartments were evacuated and all made it out safely. As crews fought the fire, the structure, more than 100 years old, began to collapse, so firefighters worked to keep the blaze from spreading to an adjacent building.

The Red Cross was sheltering those displaced by the fire at Century Lanes.