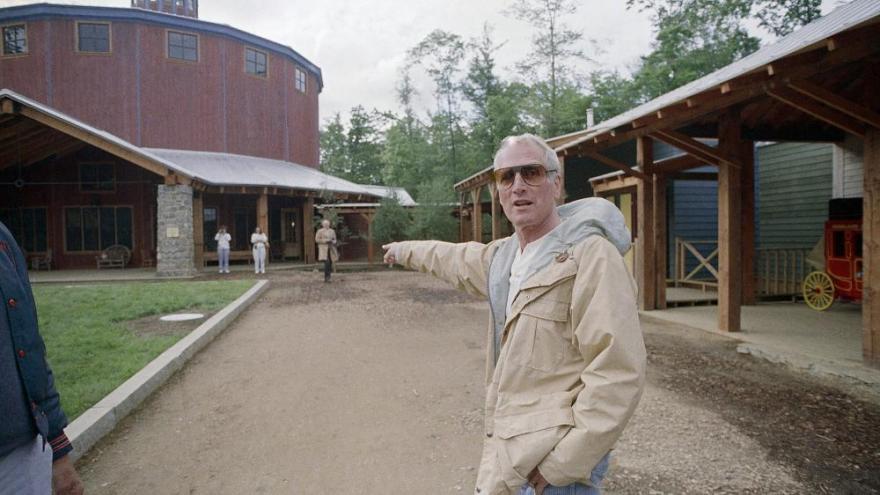 Fire damages a summer camp Paul Newman started for sick children in Connecticut. In this image, Newman is seen at "The Hole in the Wall" camp in Ashford, Connecticut, on June 9, 1988.

(CNN) -- Authorities are investigating a fire that broke out at a summer camp founded by the late actor Paul Newman for seriously ill children and their families.

Connecticut state troopers and the Fire & Explosion Investigation Unit (FEIU) responded Friday afternoon to a report of a structure fire at the Hole in the Wall Gang Camp in Ashford, Connecticut, according to Connecticut State Trooper Josue J. Dorelus.

Fire alarms went off at approximately 4:54 p.m., Borgman said, and six nearby fire departments were called to assist. It took about 90 minutes to get the flames under control.

The camp's dining hall and infirmary were saved, Borgman said.

There were no injuries. FEIU is working with local fire marshals to determine the cause and origin of the fire, Dorelus said.

The camp, located about 35 miles east of Hartford, was started by Paul Newman in 1988 for seriously ill children and their families, according to the camp website. It's named after the gang of outlaws in Newman's hit movie "Butch Cassidy and the Sundance Kid."

"It was Paul's dream that Camp, with its unobtrusive expert medical care, would provide seriously ill children with a fun-filled experience defined by compassion, laughter and acceptance," the camp website said.

"Although the cause of the fire is unknown at this time, what is known is that The Hole in the Wall Gang Camp is a community devoted to hope and healing. We will get through this in the way that we always have and always will -- as a family," he said.