Finally some relief: Gasoline and natural gas prices are falling 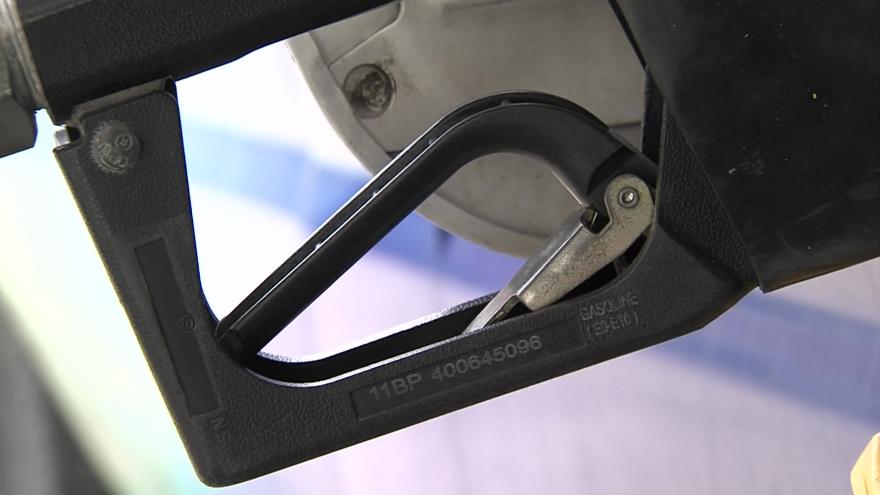 (CNN) -- Americans grappling with historic levels of inflation are finally getting some relief where they need it most: Previously-booming energy prices.

After a relentless rise, prices at the pump are heading south. The national average price for a gallon of regular gas fell to a seven-week low of $3.35 a gallon on Tuesday, according to AAA.

The outlook for home heating costs this winter is also improving significantly. Natural gas futures been nearly cut in half over the past two months. Natural gas plunged by more than 11% on Monday, its worst day in nearly three years.

Energy sticker shock has been one of the biggest drivers behind the 31-year high in inflation. Cooling energy prices, if they last, could take significant inflationary pressure off the US economy and inspire confidence among bummed out consumers.

"This is going to help consumers considerably," Robert Yawger, director of energy futures at Mizuho Securities, said referring to the plunge in natural gas futures.

Prices at the pump started leveling out as rumors swirled that the Biden administration would intervene in energy markets.

By the time President Joe Biden announced on November 23 the biggest-ever release from the Strategic Petroleum Reserve as part of a coordinated release with other countries, oil prices were about 10% below their peak. That's even though Biden's decision to tap the SPR is viewed as more of a Band-Aid than a long-term solution.

Gas prices, which move with a lag, started to drift lower soon after. Yes, prices at the pump are still at high levels. Regular gas is now fetching $3.35 a gallon, up from $2.16 a year ago. But they have finally stopped going straight up.

After months of criticism for high inflation, and high energy prices in particular, the White House is cheering the shift in direction.

"We see price decreases at the pump as good news. This is at least in part due to the President's actions - as we have taken bold action to increase supply and bring down prices," a person familiar with the White House's thinking told CNN on Tuesday.

"These savings are beginning to reach Americans, and should pick up in the weeks ahead. And it can't happen fast enough," Biden said on Friday.

Of course, the US-led intervention in energy markets is only one part of this.

The other part is more ominous: Oil prices took a big hit after the emergence of the Omicron coronavirus variant set off fears of weaker demand for gasoline, jet fuel and diesel. Crude collapsed on Black Friday by the most since April 2020.

In recent days, oil prices have rebounded, along with the stock market, as Wall Street reacts to anecdotal evidence that suggests Omicron symptoms have been mild.

Crude surged nearly 5% on Tuesday to $72.80 a barrel. That leaves it up 10% since Friday and suggest the relief at the pump could be short-lived.

Meanwhile, natural gas remains sharply higher on the year -- but has cooled off considerably in recent weeks.

In early October, as fears of a European-style shortage swirled, natural gas hit $6.47 per million British thermal units. That was the highest level since February 2014..

But that rally has completely reversed. Natural gas fell 11.5% on Monday, its worst day since January 2019, to $3.66 per million BTU. That's the lowest level since July 15.

Natural gas has been driven lower in part by the fact that temperatures across the United States have been warmer than usual. That has eased demand for natural gas, the most common way to heat homes.

"The US isn't going to run out of natural gas. There is ample supply," said Rob Thummel, senior portfolio manager at energy investment firm TortoiseEcofin. "We could weather quite an extreme cold snap and still have adequate supplies."

Shortage fears on the natural gas front were overdone, especially considering the United States is the largest producer of gas on the planet. And natural gas production has ticked higher, helping to lower prices further.

"We are seeing the response of an efficient natural gas market to prices that were perceived as inordinately high," the American Gas Association, an industry trade group, told CNN in a statement.

Unlike Europe, the United States produces enough natural gas at home that it is able to export significant amounts everyday overseas in the form of LNG, or liquefied natural gas.

If anything, the natural gas market has gone from worry about a shortage to fretting about too much supply.

Futures market spreads are "warning that we are spiraling towards a glut. It's a big problem," said Mizuho's Yawger.

Of course, it's too early for the all-clear signal on the home heating front. Winter hasn't even officially begun yet and very cold temperatures in the coming weeks and months could spark a rebound in natural gas futures.

But for the moment, the energy market is offering glimmers of hope for inflation-weary American families.