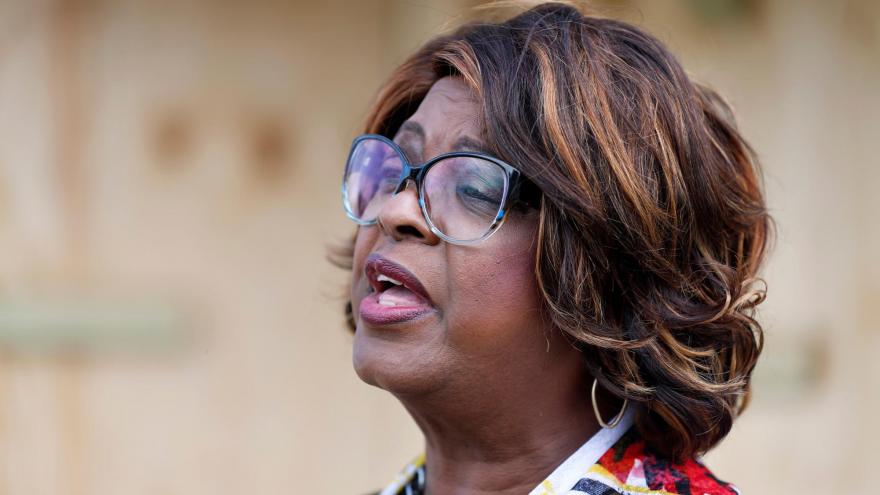 Mayor-elect Ella Jones speaks during an interview Wednesday, June 3, 2020, in Ferguson, Mo. Jones, currently a city council member who was elected mayor on Tuesday, will become the first black and first woman to become mayor of the city thrust into the national spotlight after the death of Michael Brown in 2014.

(CNN) -- Ella Jones -- who was elected as the first black and first female mayor of Ferguson, Missouri, on Tuesday -- shared what her election symbolizes and where the nation should go next after George Floyd's death.

It is crucial that police officers work with communities to make people "feel that they are being served, instead of being hunted," she told CNN's Chris Cuomo Wednesday night.

"The only way to do that is to have courageous conversations," she said, and to have "the police officers at the table with us."

Jones' historic win comes as protests over the killing of George Floyd while in police custody grip the nation. Nearly six years ago, Ferguson was a flashpoint for protests following the death of Michael Brown, an unarmed black teenager who was shot by a white police officer.

And though protesters return to the streets over issues that appear unchanged from six years ago, Jones said it is important that the nation keep that hope.

"Change is not going to happen overnight," she said. "But when people work for it -- get out and vote -- change will happen."

The city held protests over the killing of George Floyd last Saturday that were largely peaceful but turned violent in the evening, Jones said. She said that people cannot be allowed to come in to Ferguson and destroy its businesses.

Speaking about the death of George Floyd, Jones stressed the importance of recording instances of police brutality, saying videos convince people "that we need to get rid of bad police officers."

Ferguson is an example of a community that has seen progress with a police force that is more involved in the community, she said.