Fencing around Capitol comes down more than 2 months after insurrection 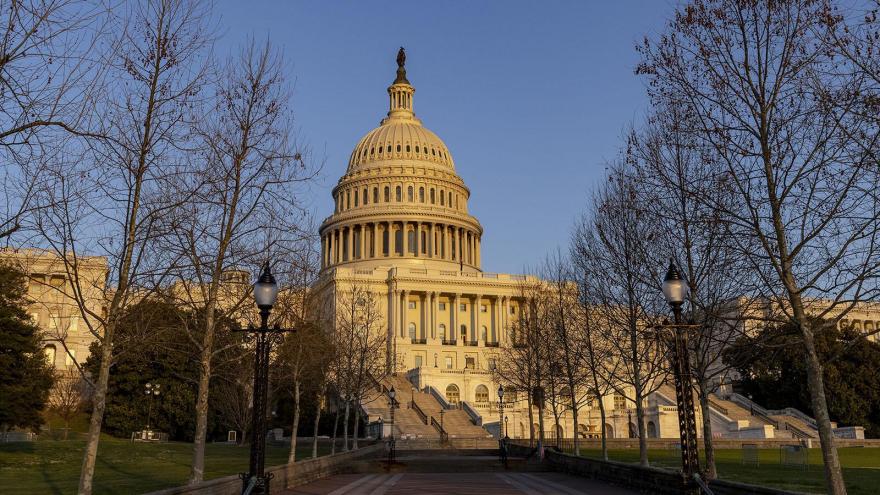 The outer fencing put up to protect the US Capitol following the January 6 insurrection has started to come down. The US Capitol is shown here on March 20, 2021, in Washington, DC.

(CNN) -- The outer fencing put up to protect the US Capitol following the January 6 insurrection has started to come down, allowing the public to regain access to the iconic building's grounds.

CNN observed National Guardsmen beginning the removal process this weekend, and by Sunday, much of the black fencing that had made the complex a fortress for nearly three months had been taken apart, making way for the typical parade of joggers, bicyclists and other visitors to once again make use of the green space.

The removal will come as a welcomed change to a public used to having a generous amount of access to the grounds, something that quickly changed after the US Capitol Police on January 6 temporarily lost control of the building to a pro-Trump mob in a siege that left five dead.

In the weeks after, officials erected the fencing -- some of which was replete with barbed wire -- and, aside from the scores of guardsmen and other security people stationed around the perimeter, the only people allowed to enter the grounds were lawmakers, staff, escorted guests and members of the media.

In addition to the reopened grounds, some streets near the complex also reopened this weekend to vehicular traffic.

CNN reported on Friday that officials expected the fencing to come down the weekend, with acting Sergeant-at-Arms Timothy Blodgett telling lawmakers and congressional staff in a memo that the USCP in conjunction with the architect of the Capitol "will remove the outer perimeter fencing around the Capitol complex sooner than initially anticipated."

The memo said the decision was reached because "there does not exist a known, credible threat against Congress or the Capitol Complex that warrants the temporary security fencing."

The Capitol Police force still believes it is operating in a heightened threat environment due to the political climate and rise in domestic violent extremism, according to an internal department email, but also maintains there is no known credible threat to Congress or to the Capitol. The police force said in the email that plans could change if officials learn of new threats.

Some lawmakers had pressed for the USCP to scale back some of the security measures implemented following the riot, and congressional leaders are currently discussing a new $2 billion funding package that would bolster security around the Capitol and shore up vulnerabilities exposed by the January 6 attack, according to sources familiar with the talks.

Among the many details to consider, one of the sources said, are a permanent fence around the Capitol, hundreds of new security personnel -- either the National Guard or a military police presence -- and new authorities for the District of Columbia's National Guard to be dispatched in emergency situations.