Feds seize over $123 million worth of counterfeit Super Bowl merchandise 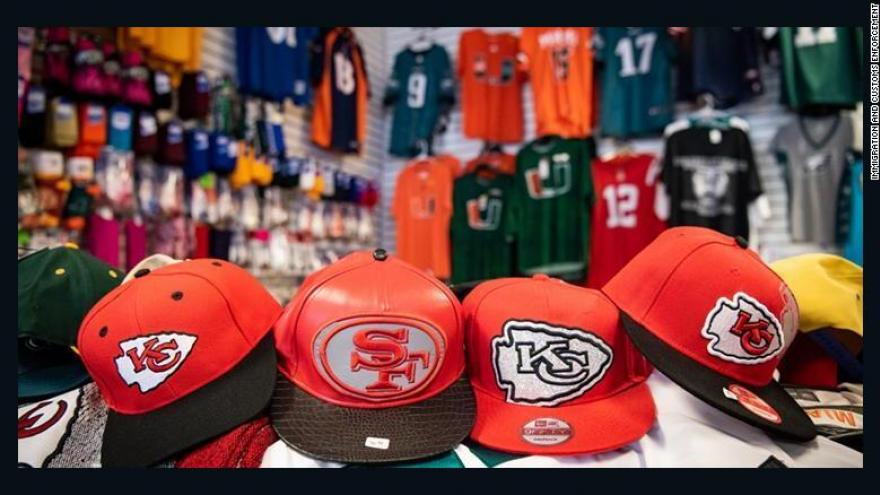 (CNN) -- Federal officials seized an estimated $123 million worth of counterfeit sports goods for teams playing in the Super Bowl ahead of Sunday's big game in Miami.

Agents with the Customs and Border Protection along with ICE's Homeland Security Investigations and Miami-Dade officiers seized the counterfeit items from flea markets, retail outlets and street vendors over the past week as part of the effort. They included fake jerseys, hats, jewelry, cell phone accessories and other items.

ICE shared a photo of the items, some of which had logos for the Kansas City Chiefs and the San Francisco 49ers who are set to battle it out at the Hard Rock Stadium in Miami on Sunday night.

"Operation Team Player remains one of the most important national initiatives for protecting sports fans from the sale of counterfeit products and counterfeit tickets," said Dolores DiBella, NFL's vice president of legal affairs.

Efforts to bust sellers of bogus merchandise this year started at the end of last year's Super Bowl, with agents identifying possible sources of contraband.

The seizure is a 400% increase from last year's operation, which saw $24.2 million worth of fake sports merchandise taken off the streets.