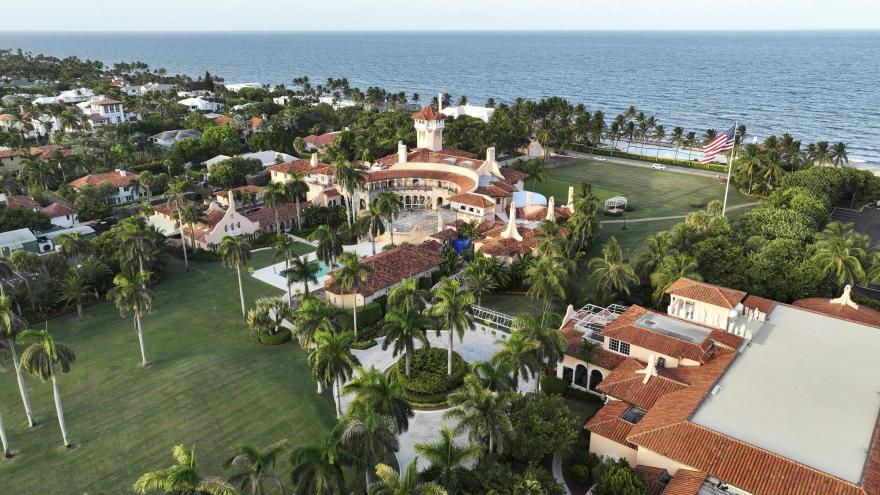 Investigators executed Monday's search in part because they had developed evidence, including from at least one witness, that there were potentially classified documents still remaining at the Palm Beach, Florida, property months after the National Archives arranged for the retrieval of 15 boxes of documents that included classified information in January of this year, a person briefed on the matter said.

The subpoena issued before the June meeting, during which investigators were shown where documents were held in a basement room at the Trump residence and private club, shows how the investigation has escalated and suggests the discussions had become confrontational long before Monday's search.

The criminal investigation started with concerns about missing documents raised by the National Archives, which made a criminal referral to the Justice Department upon discovering highly sensitive documents among the materials retrieved from Mar-a-Lago in January. The 15 boxes contained some materials that were part of special access programs (SAP), a classification that includes protocols to significantly limit who would have access to the information, according to a source familiar with what the Archives discovered in the boxes. That led to FBI interviews with aides to grand jury subpoenas to this week's court-authorized search and seizure of documents. The discovery of SAP materials has not been previously reported.

Trump and his lawyers have sought to present their interactions with Justice Department prosecutors as cooperative, and that the search came as a shock. The subpoena was first reported by Just the News.

Newsweek and the Wall Street Journal reported earlier that the search of Trump's Mar-a-Lago residence was prompted by a tip to investigators about the possibility of additional classified documents.

In response to questions about the grand jury subpoena, Trump spokesman Taylor Budowich said in a statement to CNN: "Monday's unprecedented and absolutely unnecessary raid of President Trump's home was only the latest and most egregious action of hostility by the Biden Administration, whose Justice Department has been weaponized to harass President Trump, his supporters and his staff."

Earlier this spring, federal investigators began interviewing members of Trump's staff and former White House officials who were involved in moving documents from the West Wing to his Palm Beach residence when he left office ​or who were familiar with how those records were being stored at his Palm Beach residence, according to three people familiar with those interviews. ​Among the aides interviewed by federal investigators were Molly Michael, then an executive assistant to Trump; Beau Harrison, an operations coordinator for Trump who previously worked in the White House; former White House staff secretary Derek Lyons; and Walt Nauta, a former White House valet, according to three people familiar with the matter. None of these aides returned requests for comment.

In addition to the grand jury subpoena for documents, CNN previously reported that federal investigators separately served a subpoena for surveillance video at Mar-a-Lago, seeking to gather information about who had access to areas where documents were stored, according to people briefed on the matter. The subpoena served to the Trump Organization, the former President's company that operates the Palm Beach property, came after the June meeting.

CNN previously reported that federal investigators visited Mar-a-Lago in June to discuss White House records they believed were still being held at the Palm Beach property with the former President and his attorneys.

Trump was present at the beginning of the meeting to greet investigators but did not stay to answer questions. During the meeting, Trump's attorneys showed the investigators documents -- some of them had markings indicating they were classified. The agents were given custody of the documents that were marked top secret or higher, according to a person familiar with the matter.

This story and headline have been updated to reflect additional developments.