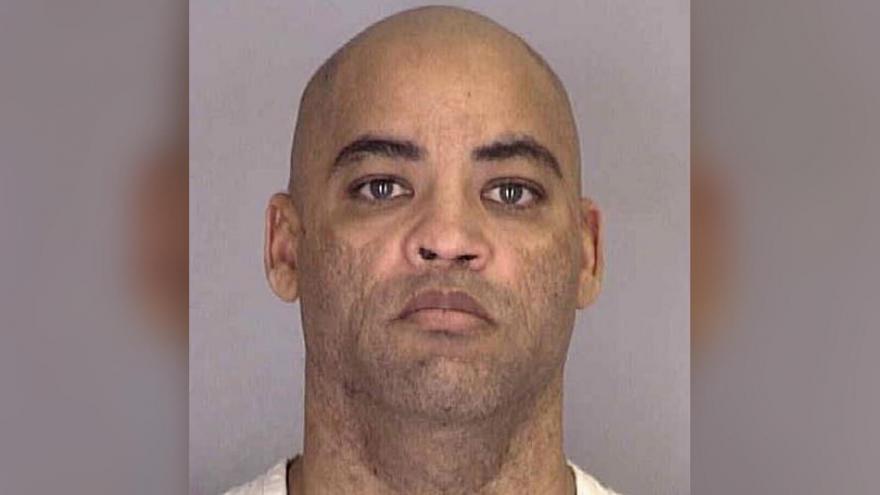 Alfred Bourgeois was executed by the federal government Friday Dec. 11 at the Federal Correctional Center in Terre Haute, IN, according to the Bureau of Prisons.

(CNN) -- Alfred Bourgeois was executed by the federal government Friday evening at the Federal Correctional Center in Terre Haute, Indiana, according to the Bureau of Prisons.

Bourgeois, 56, was sentenced to death in 2004 for torturing and killing his 2-year-old daughter in Texas. He was pronounced dead at 8:21 p.m. ET.

In his last words, Bourgeois offered no apology and instead struck a deeply defiant tone, insisting that he neither killed nor sexually abused his baby girl, according to a report from the journalist present.

"I ask God to forgive all those who plotted and schemed against me, and planted false evidence," he said, according to the report, adding, "I did not commit this crime."

Bourgeois is the 10th person to be executed since Attorney General William Barr announced in July 2019 the revival of capital punishment for federal death row inmates. Bourgeois was one of the first five scheduled to be executed.

His execution also comes nearly 24 hours after the federal execution of Brandon Bernard, whose execution drew ire from celebrities and politicians who fought until the end to halt the execution.

Bourgeois was originally scheduled to die on January 13, but after challenging the implementation of the lethal injection, the District Court for the District of Columbia stayed the execution. After the Supreme Court ruled that another death row inmate cannot be executed because of his intellectual disability, Bourgeois was able to make a "strong argument" in March of his own intellectual disability "under current diagnostic standards and that a hearing should be held to consider the evidence," according to court documents.

"The jury that sentenced Mr. Bourgeois to death never learned that he was a person with intellectual disability because his trial lawyers did not present the evidence that was available to them," Victor Abreau, an attorney for Bourgeois, said in a news release after the execution date was rescheduled on November 20 to Friday.

After a higher court vacated Bourgeois' order to stay his execution, the Bureau of Prisons rescheduled his death date, and he had exhausted all appeals.

Supreme Court Justices Sonia Sotomayor and Elena Kagan published a dissent saying Bourgeois' execution should have been stayed and he should have had an opportunity for a hearing to prove his intellectual disability.

There are three more federal executions scheduled before January 20. President-elect Joe Biden has pledged to abolish the federal death penalty and will give incentives to states to steer them away from seeking death sentences.