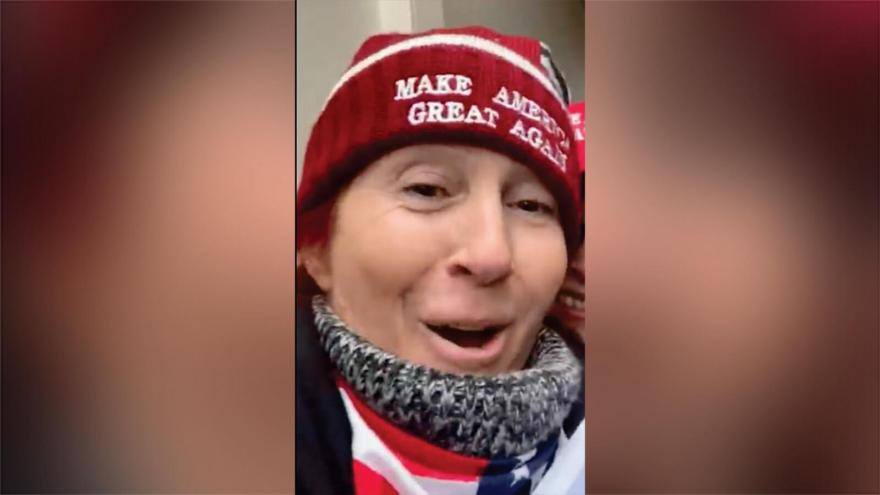 Dawn Bancroft is charged in connection to the January 6 riot at the US Capitol in Washington. Bancroft can be heard on video making violent remarks about House Speaker Nancy Pelosi.

(CNN) -- Federal prosecutors charged a woman in connection to the January 6 riot at the US Capitol in Washington who they say can be heard on video making violent remarks about House Speaker Nancy Pelosi.

The woman, Dawn Bancroft, was charged along with Diana Santos-Smith for violent entry on Capitol grounds, remaining in a restricted area and disorderly conduct in a restricted building.

In an affidavit, investigators cited a "selfie" video they say was taken by Bancroft. Investigators claim she is heard saying, "We broke into the Capitol. ... We got inside, we did our part."

"We were looking for Nancy to shoot her in the friggin' brain, but we didn't find her," Bancroft says, according to the affidavit.

Santos-Smith told investigators that she and Bancroft did not go into any chambers or offices, and that the two were inside the Capitol for less than a minute.

CNN reached out to Bancroft and Santos-Smith for comment but did not immediately hear back. According to the Justice Department, the two women were arrested on Friday.