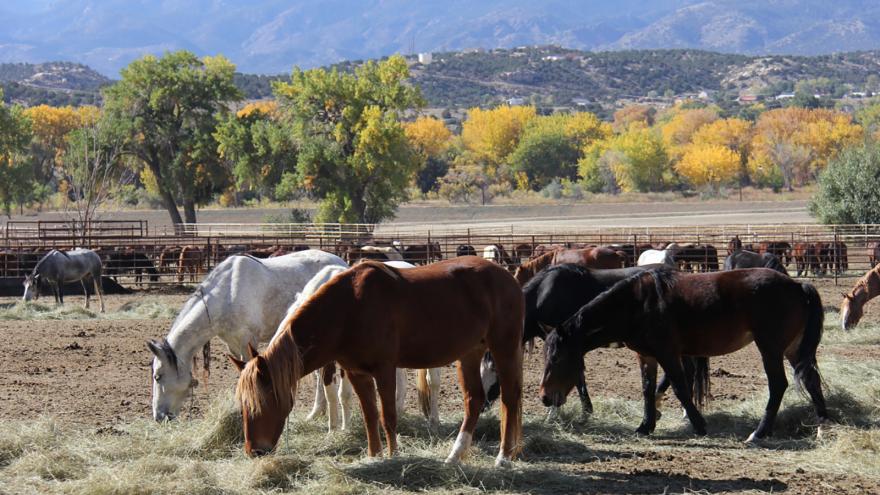 The Cañon City facility, located 115 miles south of Denver, is under voluntary quarantine due to the outbreak, the Bureau of Land Management said in a news release. The facility is home to 2,550 wild horses rounded up from rangelands.

The outbreak began April 23 and the agency is working with local, state and federal officials to determine exactly what caused the deaths, according to the release. Horses gathered from the West Douglas area last fall have been the most impacted by the disease, the BLM said.

An independent veterinarian and a federal veterinarian are on-site to help diagnose and treat animals, according to the BLM, and animals showing symptoms are being quarantined from the rest of the population.

"It's upsetting to BLM and to employees," BLM spokesperson Steven Hall told CNN affiliate KUSA. "It's taking a great toll on them. This isn't where anybody wants to be in terms of managing wild horses."

The Cañon City facility is one of four BLM Colorado wild horse management areas across approximately 400,000 acres of land.

Since 1971, the BLM has removed "nearly 4,400 animals from public rangelands in Colorado" as part of efforts to maintain both healthy populations and public lands, according to its website. The gathered animals are put up for adoption, and those that are not adopted are "cared for on open pastures for the rest of their lives," the website states.

The agency's roundups have been criticized by animal advocacy groups, who say the horses are removed from their natural habitats and placed in holding corrals with poor living conditions. On Tuesday, the American Wild Horse Campaign's executive director, Suzanne Roy, said the Cañon City deaths were "the direct result of the BLM's inhumane mass roundups."