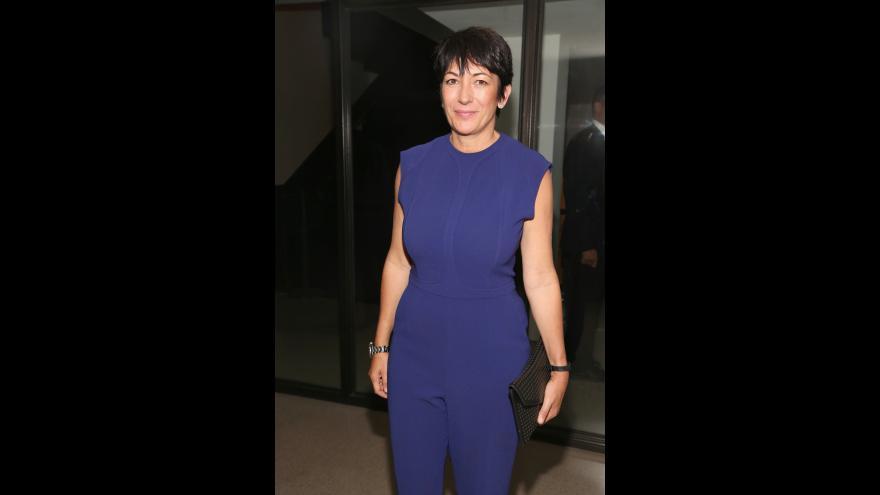 Ghislaine Maxwell, in a 2016 photo, has been jailed since July.

(CNN) -- Federal prosecutors filed sex trafficking charges against Ghislaine Maxwell, the former associate of Jeffrey Epstein, alleging she recruited and groomed a 14-year-old girl to engage in sex acts with Epstein as recently as 2004.

Prosecutors allege Maxwell and Epstein recruited the underage girl to perform massages that turned sexual at Epstein's Palm Beach residence. In exchange, they paid her hundreds of dollars in cash for each encounter, prosecutors allege.

The new charges were filed Monday in a superseding indictment. She had been previously charged by New York federal prosecutors with conspiracy and enticing minors to travel to engage in illegal sex acts, and the transportation of minors to engage in criminal sexual activity for allegedly grooming and recruiting underage girls from 1994 through 1997.

The new charges against Maxwell allege she engaged in sex trafficking of a minor multiple times more recently, from 2001 to 2004. Prosecutors also charged Maxwell with one count of sex trafficking conspiracy.

Maxwell has vigorously denied the previous allegations and pleaded not guilty to those charges. CNN has reached out to her attorneys about the new charges.

In a letter filed with the court, prosecutors said a grand jury sitting in Manhattan returned the charges. Prosecutors also wrote that they will begin producing for Maxwell's attorneys copies of non-testifying witness statements by April 12, 2021, approximately three months before her trial is scheduled to begin.

"This production will include the statements of more than 250 witnesses related to the investigation of Jeffrey Epstein and his associates in the Government's possession whom the Government does not currently expect to call to testify at trial," wrote Audrey Strauss, the US attorney for the Southern District of New York.

Maxwell has been jailed without bail pending trial since mid-July, with US District Judge Alison Nathan saying that Maxwell's wealth, international ties and "extraordinary capacity to avoid detection" made her a flight risk.

Last week, Nathan denied Maxwell's third attempt at receiving bail pending her trial citing, "considerable doubt as to the defendant's willingness to abide by any set of conditions of release."

Maxwell is being held at the Metropolitan Detention Center in Brooklyn.

Two years ago, federal prosecutors alleged that Epstein ran a sex trafficking enterprise between 2002 and 2005 at his homes in Manhattan and Palm Beach, Florida. An indictment also said Epstein worked with employees and associates to lure the girls to his residences and paid some of his victims to recruit other girls for him to abuse.

Epstein, who pleaded not guilty, died on August 10, 2019, while awaiting trial in federal prison.

The New York City Chief Medical Examiner's Office ruled Epstein died of suicide by hanging, though a doctor hired by Epstein's family to conduct an independent autopsy has disputed that conclusion.