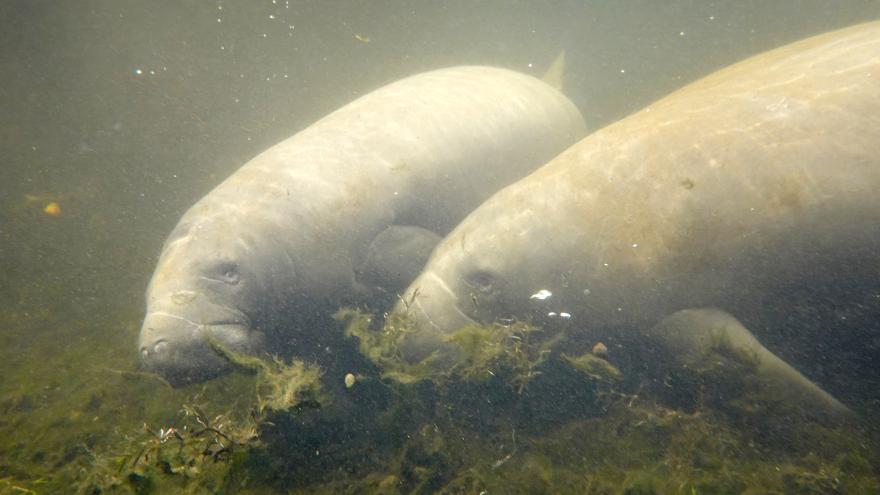 (CNN) -- The US Fish and Wildlife Service (FWS) will update its manatee critical habitat protections for the first time since 1976, due to a settlement reached on Wednesday between several nonprofits and the service.

The Center for Biological Diversity, along with the Save the Manatee Club and Defenders of Wildlife, has been petitioning the agency to update its manatee protections for over a decade, Ragan Whitlock, an attorney at the center, told CNN. Revising the critical habitat is a crucial step in implementing much-needed environmental protections for the species, Whitlock said.

"FWS, more than a decade ago, told us these revisions were warranted," said Whitlock. But the agency did not update the critical habitat protections due to budget restrictions and the prioritization of other projects, according to the attorney.

"Essentially the manatee was put on the backburner for more than a decade," he said. "We're happy that FWS is once again making them a priority, because manatees could not wait any longer."

Florida manatees are listed as "threatened" under the federal Endangered Species Act, according to the Florida Fish and Wildlife Conservation Commission. The large, aquatic mammals are closely related to elephants and feed on underwater vegetation, like sea grass.

Whitlock explained that the manatee critical habitat protections are essentially a "list of places that we knew manatees inhabited," created in 1976.

"Not only has that list of places changed a lot in the last 45 years, as the environment changes, what it means to designate critical habitat has changed," Whitlock said. "In 1978, two years after those original designations, the Endangered Species Act was amended. Now, all critical habitat designations require that the service identifies physical and biological features that are essential to the preservation of the species."

In the case of the manatee, Whitlock points to sea grass and access to warm water springs as critical habitat features that need to be protected in order to protect manatees. In the past few years, manatees have experienced a spate of starving deaths from the loss of the sea grass they usually rely on for sustenance.

The Florida Fish and Wildlife Conservation Commission describes this spike in manatee deaths, starting in 2020, as an "unusual mortality event." In 2021 alone, 1,100 Florida manatees died -- around 13% of the total Atlantic population, Whitlock said.

Whitlock said that one especially crucial habitat is the Indian River Lagoon, located on Florida's Atlantic coast. Manatees have "fidelity" to the places where they once fed, and will return again looking for food -- even though the lagoon's sea grass has seriously declined.

They're "starving to death in this lagoon," Whitlock said. "That's a huge issue."

Access to warm water habitats that the manatees need to survive is also important, according to Whitlock.

"The manatee has a long path towards recovery. it's had a bad last couple of years," said Whitlock. "This is a really important first step for that recovery. You can't protect the manatee or give it a longterm chance of survival without protecting its home."

And protecting manatees will also likely help protect other threatened and endangered species.

"When you protect an area for the Florida manatee, it has an effect on all the endangered species that call Florida home."