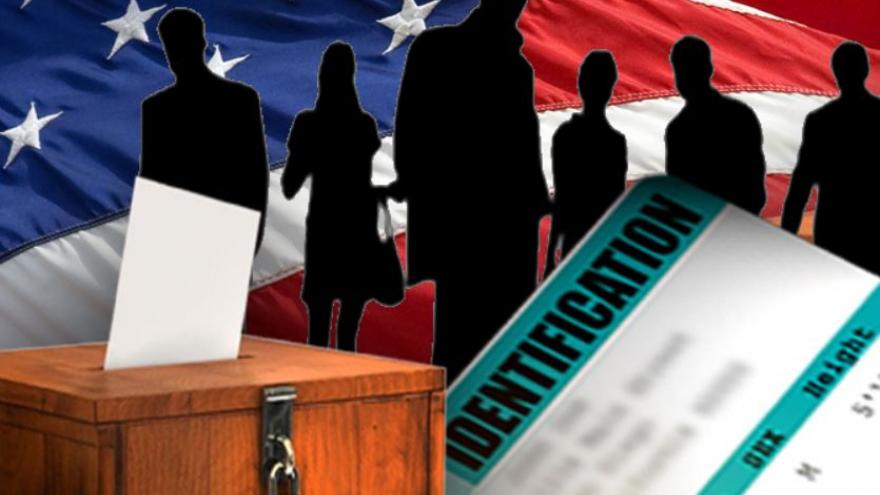 MADISON, Wis. (AP) — A federal lawsuit filed Tuesday argues that Wisconsin's voter identification requirements for college students are unconstitutional, saying that information required to be on the IDs is irrational and unjustified.

The lawsuit was filed by Common Cause in Wisconsin and a 20-year-old Milwaukee School of Engineering student. It seeks to block portions of the law related to what must be on the college ID in order for it to be accepted proof of identity for voting, but does not attempt to overturn the underlying voter ID law or the requirement that college students have a photo ID to vote.

The 2011 law signed by then-Gov. Scott Walker, a Republican, created a photo ID requirement in order to vote. Democrats and other voting rights groups opposed the law, saying it made it more difficult for college students, the elderly and minority populations to vote.

They challenged the law in court and successfully delayed its enforcement for years, but it was ultimately upheld as legal by both the Wisconsin Supreme Court and a federal appeals court in 2014. The first major election where it was required was the spring 2016 presidential primary.

The law spells out which photo IDs are acceptable for voting and among those is a college ID. The lawsuit takes aim at what the law says must be present on that college ID in order for it to be used for voting.

The law requires college IDs to contain the person's name, photo, issuance date, an expiration date no more than two years after the issuance date and the student's signature. Students using their college ID to vote must also present proof of enrollment, such as a tuition fee receipt, in order to vote.

"These redundant, unnecessary, and irrational requirements cannot be justified by any legitimate and important regulatory interest or any rational basis," the lawsuit argued.

An appeal of that ruling is pending before the 7th U.S. Circuit Court of Appeals.

Requiring a signature is also unnecessary and irrational, the lawsuit said, because poll workers are not required to match the signature on the ID with the poll books.

Of the 28 states with voter ID laws that accept college or university campus IDs, Wisconsin is the only one where the student ID can only be valid for two years, the lawsuit said. It is the only state that also requires students to present proof of enrollment.

Ben Quintero, the college student who brought the lawsuit, wants to vote in Wisconsin but can't because he doesn't have any of the allowable photo IDs, the complaint said. Quintero's regular student ID card lacks an issuance date, expiration date and signature, the lawsuit said.

Some Wisconsin colleges and universities issue IDs that can be used for voting, others allow students to request a separate ID that can be used to vote while some offer no valid law-compliant IDs, the lawsuit said.

Common Cause and Quintero are represented in the lawsuit by attorneys from Fair Elections Center and Lester Pines, a longtime Madison attorney who has successfully challenged many Republican-authored laws passed when Walker was governor.