Federal judge rules that Graham must testify in Georgia 2020 investigation 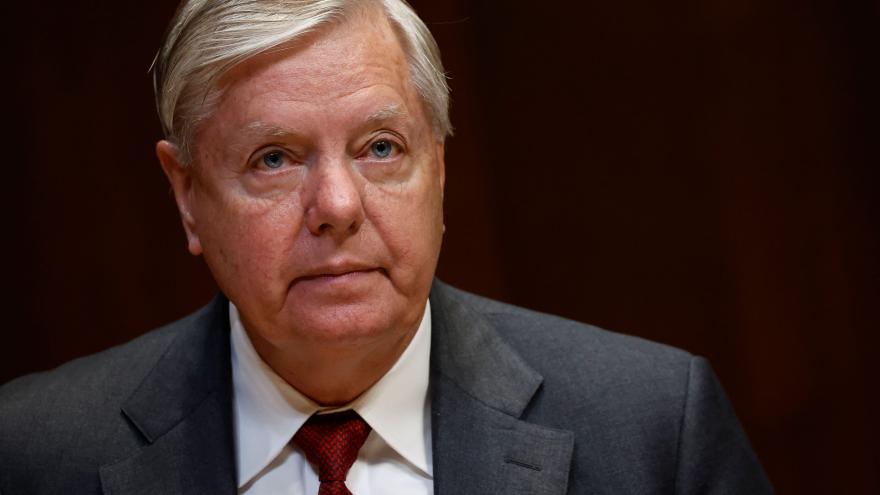 (CNN) -- A federal judge in Atlanta has denied GOP Sen. Lindsey Graham's motion to quash a subpoena, ruling that he must testify before a Fulton County grand jury investigating former President Donald Trump's efforts to overturn the 2020 presidential election in Georgia.

In her written decision on Monday, US District Judge Leigh Martin May sent the case to the Superior Court of Fulton County to hear further proceedings on the US Constitution's "Speech or Debate" clause, the centerpiece that Graham's attorneys argued immunized the US senator from South Carolina from having to testify in this case.

"Because the record must be more fully developed before the Court can address the applicability of the 'Speech or Debate' clause to specific questions or lines of inquiry, and because Senator Graham's only request in removing the subpoena to this Court was to quash the subpoena in its entirety, the Case is REMANDED to the Superior Court of Fulton County for further proceedings," May wrote in the ruling.

The South Carolina Republican is scheduled to appear as a witness in Atlanta in front of the special grand jury on August 23.

In her ruling, May wrote that there are "considerable areas of inquiry" that are not "legislative in nature" and said that the District Attorney's office has shown "extraordinary circumstances and a special need for Senator Graham's testimony on issues relating to alleged attempts to influence or disrupt the lawful administration of Georgia's 2020 elections."

Five other attorneys who worked with Trump and spoke with Georgia election officials in the aftermath of the 2020 election have also received subpoenas to testify before the special purpose grand jury, and at least three of the lawyers are trying to fight their subpoenas in state courts this week.

Last Tuesday, a Superior Court of Fulton County Judge ordered Trump's former attorney Rudy Giuliani to appear in front of the special purpose grand jury this week, after he delayed his testimony with a note from a doctor saying he couldn't fly after procedures in early July for two coronary heart stents.

Graham's attorneys argued that his calls to Georgia officials after the 2020 election were legislative activity that were directly related to his committee responsibilities as the then-chairman of the Senate Judiciary Committee.

"The subpoena implicates Senator Graham's legislative acts and must therefore be quashed," Graham's team of lawyers argued in court filings.

"We shouldn't be playing whack-a-mole with the District Attorney," Graham's attorney's Brian Lea argued in court last Wednesday, saying the senator should not be forced to testify. Lea also argued that "constitutional immunity" cannot be pierced "for a fishing expedition," adding that "they have shown nothing other than un-sided allegations."

Fulton County District Attorney Fani Willis, a Democrat who is leading the investigation into Trump and his allies, said in court filings that Graham's actions appear interconnected with the former President, and that the grand jury needed to hear from Graham about at least two calls Graham made to Georgia Secretary of State Brad Raffensperger and his staff in the wake of the 2020 election.

"During the telephone calls, (Graham) questioned Secretary Raffensperger and his staff about reexamining certain absentee ballots cast in Georgia in order to explore the possibility of a more favorable outcome for former President Donald Trump," Willis wrote in her court filing seeking Graham's testimony.

"The Witness also made reference to allegations of widespread voter fraud in the November 2020 election in Georgia, consistent with public statements made by known affiliates of the Trump Campaign," she said in the court documents.

Donald Wakeford, Fulton's chief senior assistant district attorney, fired back during the federal court hearing that he believes Graham's sovereign immunity is not applicable in this case.

"We believe a total quashal is not appropriate," Wakeford argued to May, who asked lawyers on both sides lots of questions throughout the hearing.

"In the midst of an ongoing recount for the election of Senator's Graham's political ally, he called the official in another state charged with the supervising recount and suggested he change his methods," Wakeford wrote in court files.

Graham also recently hired former Trump White House counsel Don McGahn to help argue his case, who was in court last Wednesday but left the arguing in front of May to his colleague.

A bipartisan group of six former top Department of Justice officials, US attorneys and federal prosecutors also provided a detailed briefing to the court explaining why they believe that Graham does not have absolute legislative immunity, and thus should testify to the grand jury and answer questions that are not subject to "Speech or Debate" privilege.

May, an Obama appointee, also previously denied US Rep. Jody Hice's request to quash his subpoena to appear in front of the special grand jury. She ruled at a hearing last month that she will remand the case back to the Superior Court of Fulton County for Hice to raise any objections to specific questions posed by the special purpose grand jury.

Raffensperger, Georgia's top election official who is up for reelection this November, was the first witness to testify in front of the special purpose grand jury this May. He told CNN in November 2020 that Graham hinted that Raffensperger should try to discard some Georgia ballots during a statewide audit.

"He asked if the ballots could be matched back to the voters," Raffensperger told CNN's Wolf Blitzer on "The Situation Room" at the time. "And then he, I got the sense it implied that then you could throw those out for any, if you look at the counties with the highest frequent error of signatures. So that's the impression that I got."'

"It was just an implication of, 'Look hard and see how many ballots you could throw out,'" Raffensperger added.

Asked if he was trying to pressure the secretary of state to toss legal ballots, Graham told CNN at the time, "That's ridiculous." Graham said he was trying to figure out how signatures were verified on mail-in ballots for a variety of battleground states.

Willis has detailed the far-reaching scope of the investigation, saying that it includes potential "solicitation of election fraud, the making of false statements to state and local governmental bodies, conspiracy, racketeering, violation of oath of office and any involvement in violence or threats related to the election's administration."