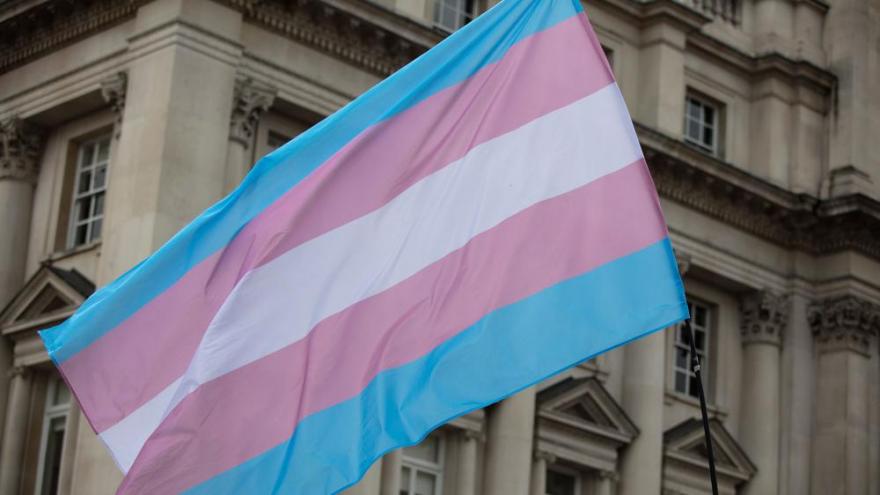 A federal judge on Monday blocked the Trump administration's rollback of an Obama-era regulation prohibiting discrimination in health care against patients who are transgender, a day before it was set to go into effect.

(CNN) -- A federal judge on Monday blocked the Trump administration's rollback of an Obama-era regulation prohibiting discrimination in health care against patients who are transgender, a day before it was set to go into effect.

"In this case, the Court is tasked with having to decide if a proposed set of rules by the Department of Health and Human Services ... is contrary to the Supreme Court's pronouncement in Bostock or if the agency acted arbitrarily or capriciously in enacting the rules," Block wrote in the preliminary injunction.

"(The) Court concludes that the proposed rules are, indeed, contrary to Bostock and, in addition, that HHS did act arbitrarily and capriciously in enacting them. Therefore, it grants plaintiffs' application for a stay and preliminary injunction to preclude the rules from becoming operative."

An HHS spokesperson said in a statement that the department is "disappointed in the court's decision." CNN has reached out to the Department of Justice for comment.

The department was planning to nix some provisions of a 2016 rule that interpreted the Affordable Care Act's ban on sex discrimination to include discrimination on the basis of gender identity, saying it would enforce the ban "according to the plain meaning of the word 'sex' as male or female and as determined by biology."

A number of LGBTQ groups had strongly criticized HHS' plan, saying it would allow health care providers to openly discriminate against transgender patients. Monday's decision came in response to a case brought in June by the Human Rights Campaign, which represented two transgender women of color who "experienced discrimination based on their transgender status," according to the ruling.

The group's president, Alphonso David, called the ruling a "crucial early victory" for the plaintiffs.

"We are pleased the Court recognized this irrational rule for what it is: discrimination, plain and simple. LGBTQ Americans deserve the health care that they need without fear of mistreatment, harassment, or humiliation," he said in a statement.

Block leaned heavily on the Supreme Court's June ruling, which related to discrimination in the workplace and extended protection for LGBTQ workers but opened the door to other challenges to discrimination on the basis of sexual orientation or transgender status. The department published the rule change in the Federal Register four days after the justices passed down the historic ruling.

"Had the agency correctly predicted the outcome in Bostock, it may well have taken a different path. Instead, it continued on the same path even after Bostock was decided. This satisfies the Court that the premise of the repeal was a disagreement with a concept of sex discrimination later embraced by the Supreme Court. Therefore, the repeal was contrary to law," he wrote.

"The Court reiterates the same practical concern it raised at oral argument: When the Supreme Court announces a major decision, it seems a sensible thing to pause and reflect on the decision's impact," the ruling read. "Since HHS has been unwilling to take that path voluntarily, the Court now imposes it."

Lambda Legal, another LGBTQ group that sued this summer to block the rollback, also welcomed the court's decision on Monday.

"LGBTQ people, particularly transgender people, have been under constant attack by the Trump administration," said Carl Charles, an attorney with the group. "We applaud today's decision and look forward to continuing our fight against this rule that unlawfully targets and singles out LGBTQ people for discrimination during their most critical time of need, when seeking health care. Our communities deserve better."

The state of Washington had also sued in July to block the rollback, arguing in its suit that it violates patients' constitutional rights and the purpose of the ACA to increase access to health care and insurance, by "allowing broad discrimination to interfere with important medical care."