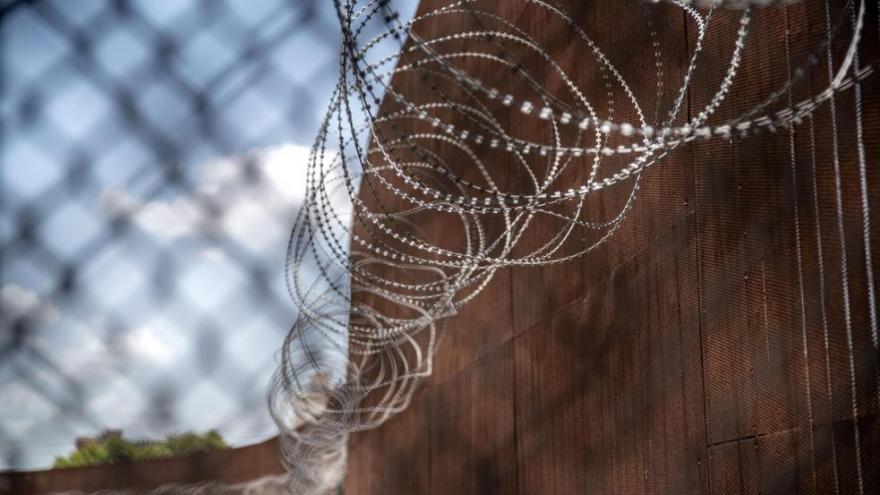 A federal judge in Washington declined to block the Trump administration's new asylum rule that dramatically limits the ability of Central American migrants to claim asylum if they enter the US by land through Mexico.

(CNN) -- A federal judge in California late Wednesday blocked the Trump administration's new asylum rule that dramatically limits the ability of Central American migrants to claim asylum if they enter the US by land through Mexico.

The ruling from US District Judge Jon Tigar, a Barack Obama nominee, came hours after another federal judge in Washington, DC, an appointee of President Donald Trump, had declined to block the rule. Tigar's decision, which affects the entire country, overrides the earlier ruling.

"This new rule is likely invalid because it is inconsistent with the existing asylum laws," Tigar wrote.

"An injunction," Tigar wrote, "would vindicate the public's interest -- which our existing immigration laws clearly articulate -- in ensuring that we do not deliver aliens into the hands of their persecutors."

The rule, which was implemented a little over a week ago, from the departments of Justice and Homeland Security would prohibit migrants who have resided or "transited en route" in a third country from seeking asylum in the US, therefore barring migrants traveling through Mexico from being able to claim asylum and as a result, drastically limit who's eligible for asylum.

"The court recognized, as it did with the first asylum ban, that the Trump administration was attempting an unlawful end run around asylum protections enacted by Congress," said Lee Gelernt, the attorney for the ACLU.

The decision came hours after the other court ruling, which had drawn praise from the President but now takes a back seat to Tigar's ruling.

In his ruling earlier Wednesday, US District Judge Timothy Kelly, the Trump nominee, said that plaintiffs didn't meet the threshold of irreparable harm. The ruling is specific to a temporary restraining order. Proceedings will continue for a preliminary injunction.

Tigar's ruling takes precedence over Kelly's ruling because the California judge issued a nationwide block on the new asylum rule. Kelly's decision only applied to declining the temporary restraining order.

Kelly explained in his oral ruling that, among other things, the plaintiffs had not specified harm that is "irremediable" within the time frame of a temporary restraining order.

President Donald Trump, speaking to reporters at the White House after the Mueller hearings, had praised the Kelly opinion, calling it "a very big ruling. It was a tremendous ruling today."

Acting USCIS Director Ken Cuccinelli touted the DC ruling in a tweet: "A major victory for @realDonaldTrump's efforts to stop the crisis at our Southern border."

The plaintiffs in the DC case, which include Capital Area Immigrants' Rights Coalition, and other groups, argued in their motion for a temporary restraining order and preliminary injunction that, among other things, the rule ran afoul of the Immigration and Nationality Act. They also called the rule "cruel and unlawful."

The plaintiffs also argued that the rule harms their organization's ability to work with asylum seekers.

"We are disappointed in the court's decision today, but we will continue to fight to ensure that this harmful rule does not unjustly impact children and adults who apply for asylum as well as immigration legal service providers' ability to help asylum seekers,"said Claudia Cubas, Capital Area Immigrants' Rights Coalition's litigation director.

"This new rule is contrary to our laws and we will continue to challenge this attempt to remove asylum eligibly from those who are fleeing violence and persecution around the world," she added.

The asylum rule immediately faced legal challenges last week. The day the rule went into effect, Capital Area Immigrants' Rights Coalition and the American Civil Liberties Union and other groups sued the administration in order to block the new restrictions.