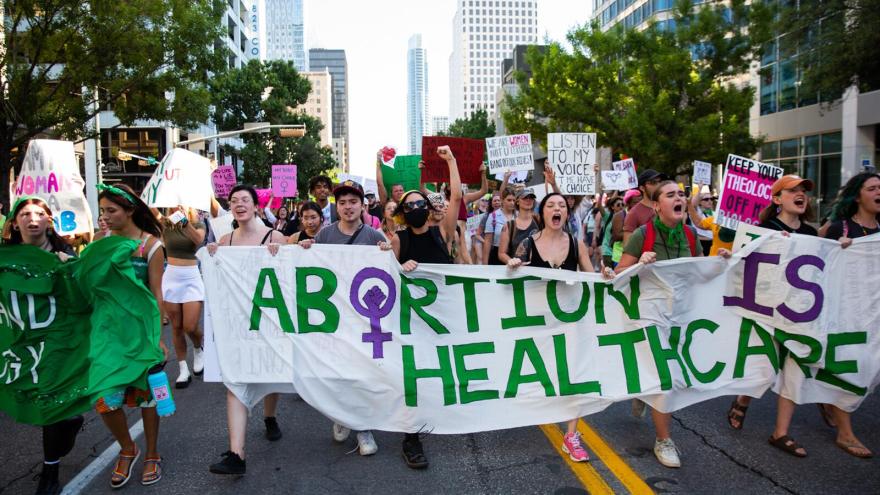 (CNN) -- A federal judge in Texas has blocked Department of Health and Human Services guidance that medical providers who are required to provide emergency care to pregnant patients regardless of their ability to pay for it under a 1986 law must also provide abortion services in life-threatening or health-saving situations and will be protected if those actions violate state law.

On Tuesday, US District Court Judge James Wesley Hendrix ruled that the guidance, which cites the Emergency Medical Treatment and Active Labor Act (EMTALA), was "unauthorized."

"That guidance goes well beyond EMTALA's text, which protects both mothers and unborn children, is silent as to abortion, and preempts state law only when the two directly conflict. Since the statute is silent on the question, the Guidance cannot answer how doctors should weigh risks to both a mother and her unborn child. Nor can it, in doing so, create a conflict with state law where one does not exist," Hendrix wrote in his opinion granting a preliminary injunction against HHS enforcing the guidance in Texas or against members of the American Association of Pro-Life Obstetricians & Gynecologists or Christian Medical & Dental Associations.

"Under HHS's reading, if the doctor initially determines that the unborn child does not have an emergency medical condition, the doctor must then close his or her eyes to the unborn child's health for the remainder of the treatment. This directly conflicts with the doctor's ongoing duty to provide care for both the mother and the unborn child when stabilizing a pregnant woman," the judge said. "Because the doctor has a duty to both, EMTALA does not require the doctor to introduce an emergency medical condition to one in order to stabilize the other. Again, EMTALA does not say how to balance both interests. It leaves that determination to the doctor, who is bound by state law."

Texas' lawsuit against the Biden administration challenging the guidance was a pre-emptive strike against one of the few tools the Biden administration has sought out in its response to Dobbs. Texas already has extreme limits on abortion access, and Hendrix's ruling was issued just before the state's so-called "trigger ban," a criminal law prohibiting abortion in most contexts, goes into effect Thursday.

In the wake of the Supreme Court decision that struck down the federal right to abortion, HHS, through the Centers for Medicare & Medicaid Services, issued guidance on July 11 on the EMTALA, reminding providers of their duty to provide emergency care including abortions and reaffirming that the act protects providers offering legally mandated abortion services in emergency situations.

Texas Attorney General Ken Paxton, a Republican, filed a lawsuit against HHS on July 14, claiming the guidance forces hospitals and doctors to commit crimes and risk their licensure under Texas law and that EMTALA does not authorize the federal government to compel healthcare providers to perform abortions.

CNN has reached out to HHS and Paxton's office for comment.

In a statement, White House press secretary Karine Jean-Pierre blasted the decision as a "blow to Texans" that will "block medical providers from providing life-saving and health-preserving care."

Separately, the Biden Justice Department cited EMTALA to challenge parts of an Idaho trigger ban also set to go into effect Thursday. In that case, the Justice Department is asking a federal judge to block parts of the Idaho law to the extent that it conflicts with EMTALA by threatening prosecution of doctors who provide abortions in medical emergencies to pregnant women who face serious health risks.

Idaho offers an exemption only for abortions provided when "necessary" to prevent death, while the Justice Department is arguing EMTALA requires emergency abortion care be offered in scenarios where patients face other serious health risk, if not necessarily the threat of death.

In that case, the judge said he'd issue his order Wednesday. At oral arguments this week, the judge appeared inclined to grant the Justice Department's request and he is not the bound by the district court's ruling in Texas. Regardless of how he rules, it is likely either or both cases will be appealed -- setting up the possibility that in the coming weeks, the Supreme Court will be asked again to weigh in on abortion and address how federal standards for emergency care interact with state abortion bans.