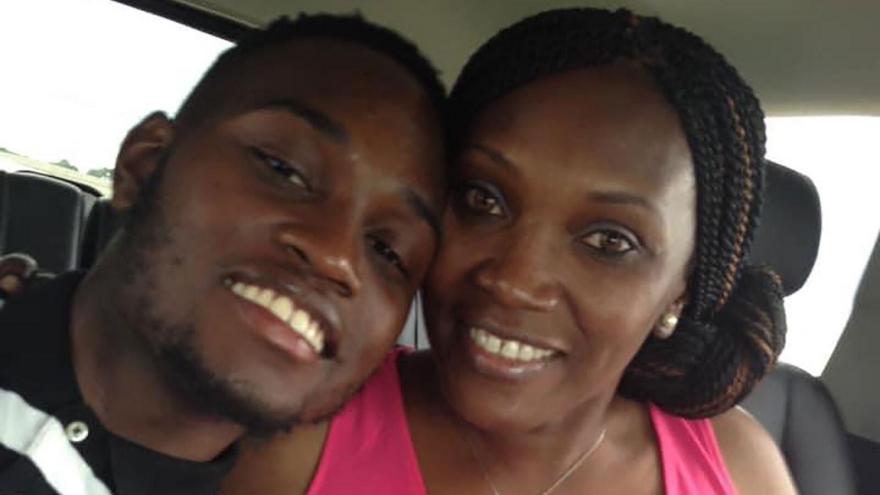 "They did the investigation properly and they came out with those indictments. So, my family and I were pleased," said Wanda Cooper-Jones.

Arbery, a 25-year-old Black man, was out for a jog near Brunswick, Georgia, on February 23, 2020, when he was chased down in a truck by three men and fatally shot. Two of the three men -- Gregory and Travis McMichael -- claimed to be conducting a citizen's arrest and that they acted in self-defense.

A third man, William "Roddie" Bryan Jr., who recorded video of Arbery's death, allegedly hit Arbery with his truck after he joined the McMichaels in the chase.

The McMichaels and Bryan are in jail without bond and awaiting a trial date on state murder charges. All three were indicted Wednesday by a federal grand jury in the Southern District of Georgia and charged with hate crimes and the attempted kidnapping of Arbery, according to a news release from the Justice Department.

Cooper-Jones said that hate crime charges on a federal level were "huge" for her. She was notified earlier in the day by federal investigators of the charges that were coming.

"This is an important milestone in America's uphill march toward racial justice, and we applaud the Justice Department for treating this heinous act for what it is -- a purely evil, racially motivated hate crime," Arbery family attorney Ben Crump said in a statement.

Jason Sheffield and Robert Rubin, attorneys for Travis McMichael, said in a statement "we are deeply disappointed that the Justice Department bought the false narrative that the media and state prosecutors have promulgated."

"Roddie Bryan has committed no crime. We look forward to a fair and speedy trial, and to the day when Mr. Bryan is released and reunited with his family," Gough said in a statement.

CNN has reached out to the legal counsel for Gregory McMichael.

Arbery's death, which didn't gain national attention until two months after it happened, sparked outrage across the nation. It became yet another example of the many perils visited on Black people engaged in ordinary activities, particularly after the disturbing video of the shooting emerged. It also resulted in the overhaul of Georgia's citizen's arrest law.

Travis McMichael and his father, Gregory McMichael, were charged with one count each of using, carrying, and brandishing (in Travis's case discharging) a firearm during and in relation to a crime of violence.

Federal prosecutors said all three men "used force and threats of force to intimidate and interfere with Arbery's right to use a public street because of his race."

While Arbery was jogging, prosecutors said the McMichaels "armed themselves with firearms, got into a truck, and chased Arbery through the public streets of the neighborhood while yelling at him, using their truck to cut off his route, and threatening him with firearms."

Bryan also joined the chase and cut off Arbery's route with his truck, prosecutors said.

"All three defendants attempted to unlawfully seize and confine Arbery by chasing after him in their trucks in an attempt to restrain him, restrict his free movement, corral and detain him against his will, and prevent his escape," the Justice Department release read.

The video footage recorded by Bryan shows Arbery and Travis McMichael tussling before three gunshots are heard. Blood appears on Arbery's T-shirt below his left ribcage. He stumbles and falls in the middle of the two-lane road.

In the separate state proceedings, Gregory and Travis McMichael pleaded not guilty to malice and felony murder charges, and counts of aggravated assault, false imprisonment, and criminal attempt to commit false imprisonment.

Bryan pleaded not guilty to charges of criminal attempt to commit false imprisonment and felony murder.

Throughout the ongoing pretrial hearings, counsel for the McMichaels has maintained their clients thought Arbery was a burglary suspect when they pursued him.

No trial date has been set by Georgia prosecutors.