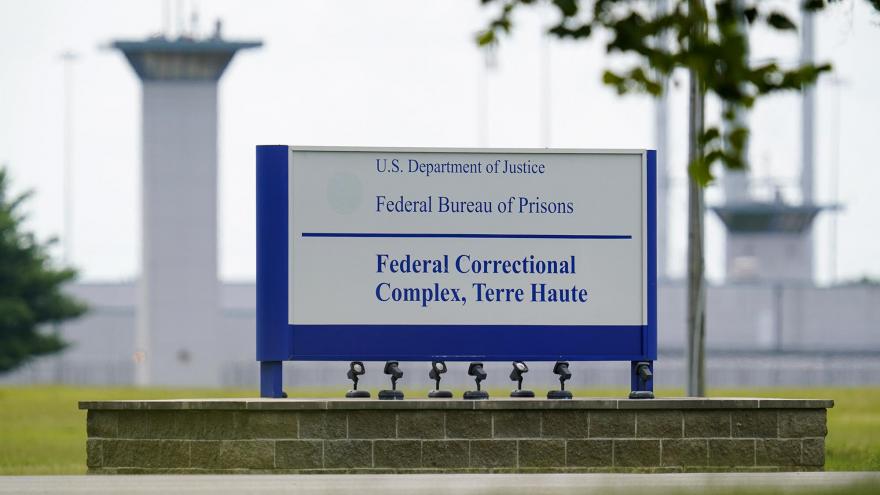 There have been five executions at the federal prison complex in Terre Haute, Indiana, so far in 2020.

(CNN) -- The federal government on Tuesday executed an inmate who raped and murdered a 30-year-old nurse in Georgia 19 years ago and blamed the victim for using witchcraft on him.

William Emmett LeCroy, 50, was found guilty in March 2004 of carjacking resulting in death by a jury in the US District Court for the Northern District of Georgia.

LeCroy's attorneys Tuesday appealed to the US Supreme Court for a stay of execution, but in the first order since Justice Ruth Bader Ginsburg's death, the court denied the request.

A pool reporter said he was pronounced dead at 9:06 p.m. ET.

According to the US Department of Justice, LeCroy killed Joann Lee Tiesler in 2001 while he was trying to flee the country.

"I regret that it took nineteen years to get to this point but it has brought some needed closure to Joann's family and friends," he said.

When a prison official leaned over him Tuesday night, gently pulled off LeCroy's mask and asked whether he had any last words for assembled witnesses, LeCroy responded calmly and matter of factly: "Sister Battista is about to receive in the postal service my last statement," according to the pool reporter.

The pool reported that LeCroy kept his eyes open as the lethal injection was administered. His eyelids began to slowly close as his midsection quickly began to heave uncontrollably for a minute or two. After several more minutes, color drained from his limbs, his face turned ashen and his lips were tinted blue.

LeCroy told psychiatrist that victim had placed a spell on him

The Department of Justice said LeCroy broke into Tiesler's home while the nurse was away, and then "attacked her, bound her hands behind her back, strangled her with an electrical cord, and raped her. Then he slashed her throat with a knife and stabbed Tiesler, 30, in the back five times,".

According to an appellee's brief filed in 2013, LeCroy's attorneys hired a psychiatrist to evaluate LeCroy. During the exam, LeCroy told the psychiatrist, "he believed that Joann Tiesler was the babysitter who sexually abused him twenty years before and that he blamed the babysitter for many of the problems that he had had as an adult.

"Because of his beliefs in witchcraft, defendant (LeCroy) came to believe that the babysitter had placed a spell on him, and that he would have to force the babysitter (Ms. Tiesler) to reverse the spell."

LeCroy -- who was on supervised probation release after 10 years in state and federal prison for child molestation, statutory rape, burglary and aggravated assault -- stole Tiesler's vehicle and headed to the Canadian border where he was arrested, the release says.

"His conviction and sentence were affirmed on appeal, and his requests for collateral relief were rejected by every court that considered them," the release adds.

It was the sixth federal execution since the Justice Department ended a 17-year hiatus on the practice in July.

Attorney General William Barr said in 2019 executions would resume under the Trump administration.

"The Justice Department upholds the rule of law -- and we owe it to the victims and their families to carry forward the sentence imposed by our justice system," he said.

Under Barr's direction, the Federal Execution Protocol Addendum replaced a procedure using three drugs with one, pentobarbital, according to a news release.