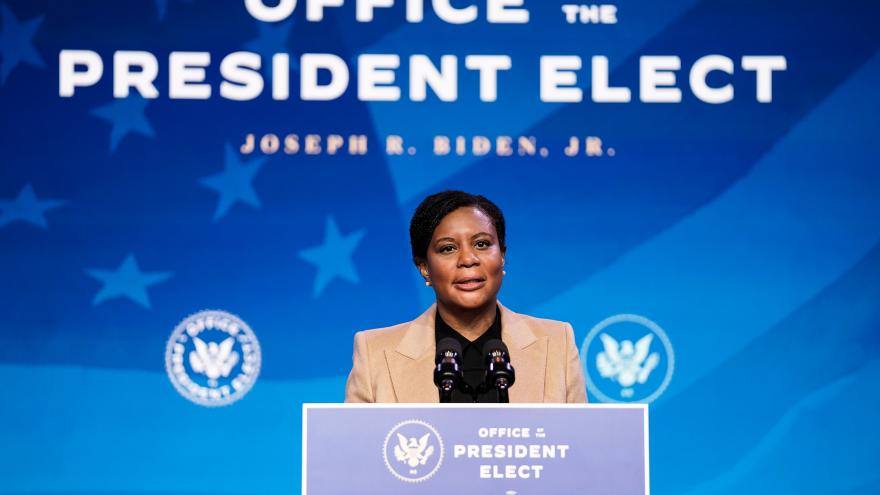 (CNN) -- Federal employees and some members of the public remain concerned over reports of political interference in science, specifically when it came to reporting scientific findings, a Biden administration report reviewing the topic said.

And hundreds of scientists left working for the government during the Trump years, The New York Times reported late Sunday, some as the result of the worry about keeping their jobs separate from politics. Many have yet to be replaced, potentially hindering President Joe Biden's agenda.

Dr. Alondra Nelson, deputy director of the Office of Science and Technology Policy, told CNN federal employees appreciate the Biden administration is working to correct things that went wrong under the Trump administration, but concerns remain.

"Among federal employees there was a concern about the politicization of their work in which they take great pride and work very hard," Nelson, who is leading the White House Scientific Integrity Task Force that is conducting the review, said. "In general, there was both concern, but also an appreciation that this administration is working very hard to ... correct things that have happened and to work with federal scientists and technologists to put in place best practices and procedures that can prevent this from happening again."

Last month, the White House asked the public along with federal employees for their thoughts on how to best restore scientific integrity to the federal government. The administration engaged more than 1,000 people through listening sessions and roundtables over 30 days who made it clear that the Biden administration needs to work to bolster science in the wake of an administration that politicized and discredited it.

During President Donald Trump's four years in office, both he and many of his political appointees were notably hostile toward science, particularly the science around the climate crisis and the coronavirus pandemic.

Among other actions taken during the previous administration were several changes to various Environmental Protection Agency websites. In many cases, climate change language was stripped from them. At the time, the Trump administration's EPA said language was being updated to "reflect the approach of new leadership." The changes were later reversed by Biden's EPA.

This comes at a time where many scientists nationwide are under attack over the handling of the start of the coronavirus pandemic, including Dr. Anthony Fauci, director of the National Institute of Allergy and Infectious Diseases.

"There were a lot of conversations about the relationship between transparency and accountability of federal science and technology, and how doing that well helps to restore trust in government," Nelson said. "Part of the exercise of having these public conversations was trying to begin to restore this trust -- to say to the American public, this is what we're doing, these are the issues that we're taking up, what you think that we should be doing or what are the issues that are of concern to you?"

According to the White House Office of Science and Technology the roundtables were held with federal agency scientific integrity experts and public listening sessions with members of the public who conduct, communicate, or consume federal science. Additionally, the panel sought input from the general public. In the coming weeks, the task force will review the hundreds of responses to its call for written feedback and prepare an initial report to be released early this fall.

Nelson said it will include both some reflections on where the government stands as well as some recommendations to ensure that policy and government in the United States can be informed by the "best highest quality and independent scientific thought and technological work."

Nelson also added that the public noted there was a need for equitable inclusive accountable kind of transparent scientific enterprise, and government -- making sure that various underrepresented groups are able to participate in science.