Federal database undercounts deaths caused by police, according to researchers 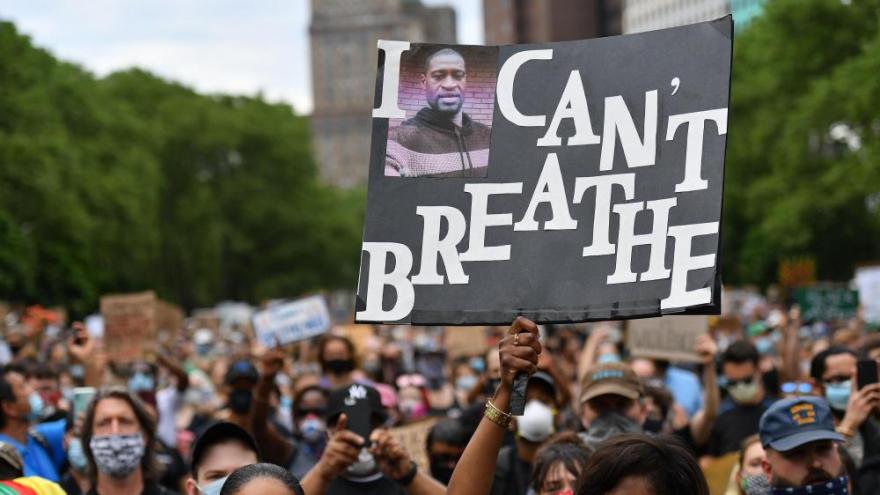 Protesters gather to demonstrate the death of George Floyd on June 4, 2020, in New York.

(CNN) -- A study published Thursday in a medical journal estimated a federal database failed to count more than 50% of deaths attributable to police violence over nearly 40 years.

The study's authors, who used statistical modeling to extrapolate the number of uncounted deaths, concluded that police have been involved in more than 30,000 deaths between 1980 and 2018.

The researchers, from the University of Washington's Institute for Health Metrics and Evaluation, estimated roughly 56% — or 17,100 — of the deaths were not recorded in the National Vital Statistics System, a federal database kept by the National Center for Health Statistics, a division within the Centers for Disease Control and Prevention. The study compared deaths reported to that system with deaths reported in three non-governmental databases that were compiled by looking at news reports and other public records.

The study was published in The Lancet, a peer-reviewed medical journal. Jeff Lancashire, a spokesperson for the National Center for Health Statistics, said he could not comment on the study's specific findings, but said it was "commonly understood" that the database undercounted deaths caused by police because death certificates often do not note police involvement.

Lancashire said another database, known as the National Violent Death Reporting System, would more accurately capture those deaths. That system "collects information about violent deaths, including homicides, suicides, and deaths where individuals are killed by law enforcement acting in the line of duty," according to the CDC.

In an appendix to the study, researchers said they excluded that system from their analysis because while it "does represent a significant improvement in the transparent reporting of fatal police violence by official sources in the USA," it didn't contain enough data to make national comparisons possible. One study cited by researchers found that system nearly matched one of the non-government data sets the authors used for their study, but only when looking at police shootings and not other uses of force that resulted in death.

The reporting and investigation of deaths, including deaths caused by police, is largely a local responsibility, except in rare cases where federal investigators review police uses of force for potential constitutional violations or federal crimes.

Like nearly every aspect of law enforcement, there is no single comprehensive source of national data for uses of force by police officers, or a standard against which any use of force is judged. The poor quality of data available on a national level came to light after the first recent national reckoning over police use of force, following the death of Michael Brown in 2014.

Congress passed a law five months after Brown's death, known as the Death in Custody Reporting Act, that required law enforcement agencies to report data about in-custody deaths to the federal government or risk losing federal money. A 2018 federal review of compliance with the law found that many federal law enforcement agencies largely complied with reporting requirements, but the Department of Justice hadn't begun collecting state-level data because the DOJ "considered, and abandoned, three different data collection proposals since 2016." The report said data collection was expected to begin last year, but it's unclear whether that happened and the Justice Department did not respond to a request for comment.

The issue received renewed attention again last year, after a series of high-profile cases in which police killed Black Americans, including George Floyd in Minneapolis and Breonna Taylor in Louisville. Many states passed legislation aimed at changing policing, including some new data reporting requirements. But a federal effort to overhaul policing last summer didn't clear a Republican-controlled Senate, and bipartisan talks over police reform broke down last week.