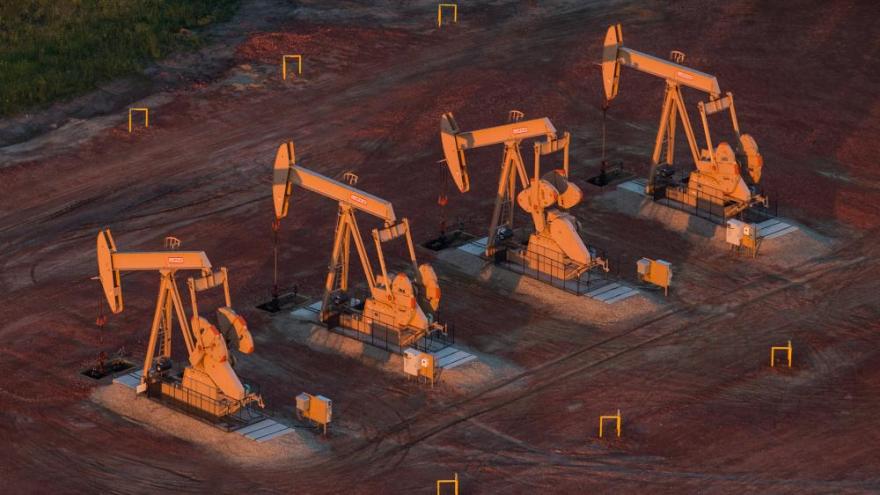 A federal court blocked, for now, the Biden administration's pause on oil and gas leasing.

(CNN) -- A federal court blocked, for now, the Biden administration's pause on oil and gas leasing.

The preliminary injunction issued Tuesday comes as a blow to one of the administration's key actions to address climate change.

The court sided with more than a dozen states that sued after President Joe Biden directed the administration to not issue new leases for oil and gas drilling in offshore waters and on public lands while officials conduct an environmental and financial review of leasing practices. The decision by the US District Court for the Western District of Louisiana is a temporary order while the lawsuit is ongoing.

Biden likely exceeded his authority by ordering the pause, the court determined, and the administration may be required to follow a schedule of lease sales set by the Obama administration. The states argued they would lose out on payments such as royalties if the sales are not held.

The Interior Department, which handles such leases, said in a statement to CNN that it will comply with the order.

"The Interior Department continues to work on an interim report that will include initial findings on the state of the federal conventional energy programs, as well as outline next steps and recommendations for the Department and Congress to improve stewardship of public lands and waters, create jobs, and build a just and equitable energy future," the statement said.

Randi Spivak of the Center for Biological Diversity, one of the environmental groups that sided with the administration in the lawsuit, called the order "deeply dangerous" and said it "turns a blind eye to runaway climate pollution that's devastating our planet."

CNN reported earlier this month that the administration was planning to suspend oil and gas leases in the Arctic National Wildlife Refuge, undoing a move made by the Trump administration late last year. The 19.3-million-acre refuge includes nearly 1.6 million acres of coastal plains, which are both a sensitive environmental area and "highly prospective for oil and gas resources," according to the Bureau of Land Management.

Biden said on the campaign trail that he wanted to halt new oil and gas drilling on federal lands. He said at a September CNN town hall that he supports the continued use of hydraulic fracturing to open underground natural gas formations, a practice known as fracking, as a way to "transition" to cleaner kinds of energy.

The President, who has said he will not ban fracking, was pressed during the presidential campaign by several Democratic primary rivals and climate activists to call for a nationwide ban on fracking.

Fracking is a controversial method of drilling that involves shooting high-pressure water, sand and other compounds underground to make small fractures in rock to release oil and gas. There have been questions about the effect fracking has on drinking water and methane emissions, and it has been tied to a rise in earthquakes.