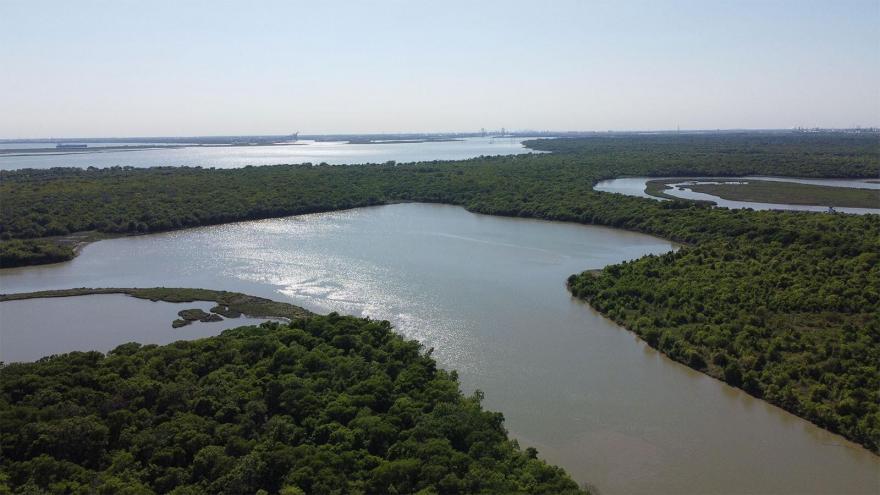 Lake Henry Doyle is the new name of a Texas lake after a federal board approved renaming 16 geographic sites that used the word "Negro."

(CNN) -- Sixteen Texas geographic locations with names like "Negro Creek" will no longer include the term "Negro" following a decision by a federal board.

The US Board on Geographic Names unanimously approved a proposal on Thursday in its monthly meeting to rename the 16 geographical features in Texas that include the word "Negro."

The board, which authorizes the official name changes, made the decision in response to a request from the Texas Legislature, said US Board on Geographic Names research staff, Jennifer Runyon, in an emailed statement to CNN.

"We believe this shows the continued significance of the BGN and the importance of being responsive to concerns about names that are considered offensive, while adhering to established principles, policies, and procedures," said Runyon. "The BGN adopts a careful and systematic approach to governing geographic names data and is more relevant and more challenging than ever during the era of the Internet and Geographic Information Systems. We take this responsibility very seriously and hope that everyone will honor the outcomes of the decision process."

The US Board on Geographic Names is a federal body created in 1890 to maintain uniform geographic name usage throughout the federal government. The board includes representatives of federal agencies concerned with geographic information, population, ecology, and management of public lands.

In 1991, Harris County Commissioner Rodney Ellis, who was a state senator at the time, co-sponsored a legislation to change the names of 19 geographical sites. Until this week, only three sites had been renamed, according to a statement from Ellis.

Earlier proposals by Texas Legislature to change the racially offensive names were rejected by the board due to lack of local involvement in the renaming process, according to Ellis.

The list of geographic locations that will receive a name change includes a lake named "Negrohead Lake," which will now become Lake Henry Doyle, Ellis said.

"This day has been a long time coming, but I am proud to see this change finally happen. In this moment of racial reckoning, we must follow up our verbal commitments to racial justice with action," said Ellis. "I commend the U.S. Board on Geographic Names for taking bold and swift action and speeding up this process over the past few months so that the state of Texas no longer has these 16 geographical sites that bear the racist and offensive word 'negro' in them."