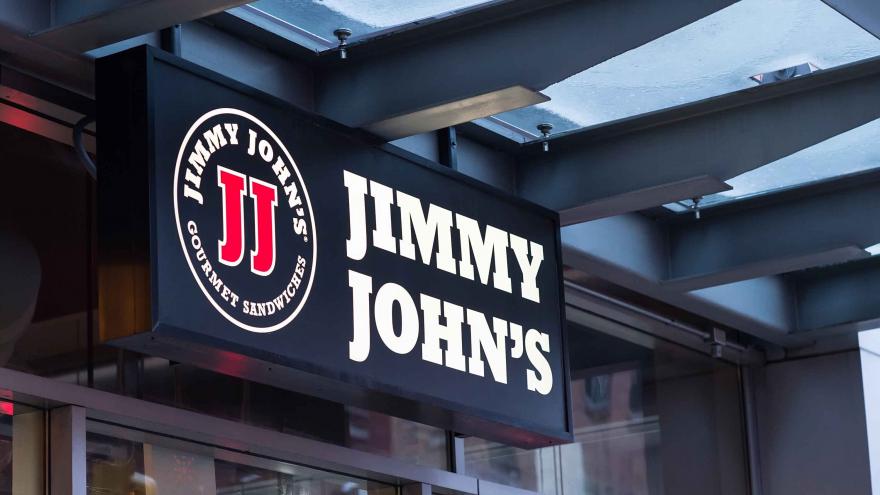 (CNN) -- The US Food and Drug Administration has issued a warning letter to the Jimmy John's sandwich chain, saying certain vegetables it served were implicated in five outbreaks of E. coli or salmonella in the past seven years.

The letter accuses the chain of engaging in a pattern of receiving and selling "adulterated fresh produce, specifically clover sprouts and cucumbers."

"Jimmy John's restaurants have been implicated in multiple outbreaks that have spanned the past seven years and impacted consumers in no fewer than 17 states," FDA Deputy Commissioner Frank Yiannas said in a news release Tuesday.

"Jimmy John's has not demonstrated implementation of long-term sustainable corrections to its supply chain to assure the safety of ingredients used in its products," he said.

The restaurant chain has removed sprouts from all its locations until further notice, Jimmy John's president James North told CNN on Tuesday.

"Food safety is our top priority ... This removal (of sprouts) was out of an abundance of caution and was not initiated by any known, immediate threat," North said.

The FDA letter says Jimmy John's should respond with the "the specific things you are doing to address this violation" within 15 days of receiving the warning letter.

"Failure to promptly correct these violations may result in enforcement action by FDA without further notice, including seizure and/or injunction," the letter reads.

The FDA said it also sent a warning letter to a supplier of Jimmy John's. The supplier, the FDA said, provided spouts to the restaurant chain that the administration says sickened 22 people in Iowa late last year with Shiga toxin-producing E. coli.

According to the FDA letter, the four other outbreaks were:

• A salmonella outbreak that had infected 10 people as of February 28, 2018, in Illinois, Minnesota and Wisconsin. Eight had eaten sprouts on Jimmy John's sandwiches, and one ate sprouts bought at a grocery store.

• An E. coli outbreak that had infected 19 people as of August 2014 in California, Idaho, Michigan, Montana, Utah and Washington. Most reported eating clover sprouts in the week before becoming sick, and Jimmy John's was determined to be a likely source in some cases, the FDA said.

• An E. coli outbreak that had infected eight people by the end of October 2013 in Colorado. All had eaten raw cucumbers from one of three Jimmy John's restaurants in the Denver area, the FDA said.

• An E. coli outbreak that had infected 29 people in 11 states as of April 5, 2012. Most reported eating sprouts at one of six Jimmy John's restaurants in the week preceding their illness, the FDA said.

E. Coli can cause illness, including diarrhea. Though most healthy adults can recover within a week, some people -- especially young children and the elderly -- can develop a form of kidney failure, the FDA says.

Salmonella can cause serious, sometimes fatal, infections, and can be especially serious in young children, according to the FDA.