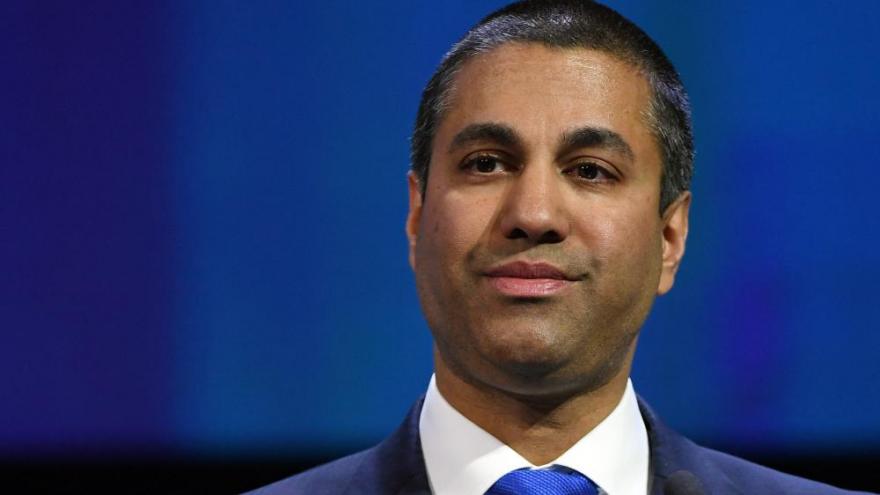 The Federal Communications Commission will formally designate next month a new three-digit number to reach the National Suicide Prevention Hotline, the agency announced June 23, 2020. In this photo, Federal Communications Commission Chairman Ajit Pai speaks during NAB show's We are Broadcasters Celebration at the Las Vegas Convention Center on April 10, 2018 in Las Vegas, Nevada.

All telecommunications carriers, and Voice over IP service providers, will be required to implement the new number nationwide by July 16, 2022.

"988 will save lives. Helping Americans in crisis connect to counselors trained in suicide prevention is one of the most important things we can do at the FCC," FCC Chairman Ajit Pai said Tuesday in a press release. "We believe that 988 -- which has an echo of the 911 number we all know as an emergency number -- will help people access mental health services."

According to the FCC, the final draft rules rejected a request from phone service providers for a longer time frame to adjust.

"The industry wanted a longer time line but we believe that this is the soonest date that is technically feasible," Pai told NBC News Tuesday, adding, "we wanted to move as quickly as we feasibly could."

Pai said the two-year window was based on input from mental health advocates, the telecoms industry and other stakeholders.

Even after 988 is implemented, callers will still be able to reach the hotline through the original 10-digit number.

"Suicide remains the second leading cause of death among young people, and LGBTQ youth are at increased risk. Americans in crisis cannot wait. We also applaud the FCC's continued support for specialized services for LGBTQ youth," the organization said in a statement Tuesday.

Last year, the FCC's staff recommended to Congress the number 9-8-8, over other three-digit options, finding that a shorter and easier to remember number "would likely make it easier for Americans in crisis to access potentially life-saving resources."

In December, the FCC unanimously approved the three-digit number for the hotline and began the rulemaking process.