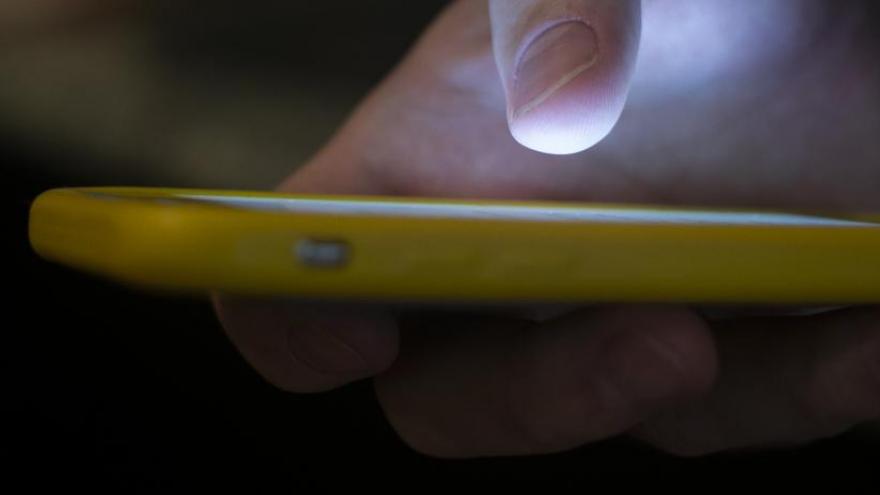 In this Aug. 11, 2019 file photo, a man uses a cell phone in New Orleans. Federal regulators voted in November 2021 on whether to make "988" the number to reach a suicide prevention hotline by text.

(CNN) -- The Federal Communications Commission on Thursday unanimously voted to require text messages sent to the number 988 be routed to the National Suicide Prevention Lifeline by next year, expanding access to the critical 24/7 national hotline.

Phone carriers are in the process of nationwide implementation of 988 as the easy-to-remember number to call and be directed to the hotline, after the FCC last year finalized the three-digit number.

The commissioners noted that a texting option will benefit individuals seeking help, including young people and people with disabilities, who prefer to text rather than call.

"The bottom line is that it shouldn't matter if you make a voice call or send a text message because we should connect people in crisis to the resources they need no matter how they communicate," Chairwoman Jessica Rosenworcel said during the FCC's open meeting.

Not only is texting a very familiar form of communication for most people, texting to reach 988 also will help individuals who for safety reasons need to access the hotline in a more confidential manner, according to Hannah Wesolowski, the director of field advocacy for the National Alliance on Mental Illness.

For example, texting the suicide prevention hotline could help an individual in a domestic violence situation who is having suicidal ideation, or an individual who identifies as LGBTQ and is living in a household where they don't feel comfortable speaking about their sexuality, Wesolowski told CNN.

The implementation of a three-digit number for the National Suicide Prevention Lifeline comes as suicide is a growing public health problem in the United States, with risk factors compounded by the Covid-19 pandemic.

In 2020, there were more than 45,000 suicide deaths in the US, according to provisional data published earlier this month by the National Center for Health Statistics.

While there was an overall decrease in suicides by 3% from 2019 to 2020 -- suicide rates increased for non-Hispanic Black, non-Hispanic American Indian and Alaska Native, and Hispanic men, according to the report.