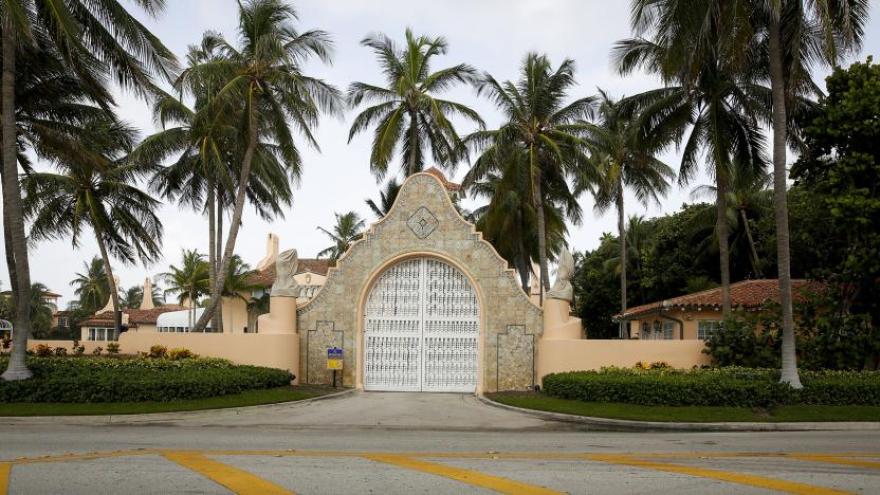 (CNN) -- The search of Donald Trump's Mar-a-Lago resort in Florida came after authorities believed that the former President or his team had not returned all the documents and other materials that were property of the government, according to a person familiar with the matter.

Authorities believed the documents at Mar-a-Lago had national security implications, according to the source.

The FBI's execution of the search warrant on Monday followed a meeting earlier this year by investigators with Trump's attorneys, during which they entered a room where documents were being held, as first reported by CNN. The search warrant pertained to both the handling of classified documents and the Presidential Records Act.

There was also suspicion, after months of discussion on the matter, that Trump representatives were not being completely truthful with investigators, the source said.

The Washington Post first reported on some of the details of the search.

Before FBI agents arrived Monday at Trump's private club and searched his residence, people around the former President had been under the impression that the probe into how he handled classified information had stalled, according to two sources familiar with the thinking.

For months, investigators had been looking into how Trump handled material taken with him when he left the White House after the National Archives referred the case to the Justice Department earlier this year. It remains unclear why those around the former President believed the investigation had stalled, but in June, his attorneys received a letter from investigators asking them to preserve the remaining documents in his possession "until further notice," one source told CNN.

The concern arose after the former President had returned some 15 boxes of materials to the National Archives.

A source familiar with Trump team deliberations said it will push an argument that Trump didn't have any classified information at Mar-a-Lago because he declassified it when he was President.

"The president has wide latitude to declassify, and there's no strict, formal procedure that must be followed," CNN senior legal analyst Elie Honig said. "So if Trump claims he declassified documents while in office, that could come down to a factual dispute and would turn on the strength of the evidence either way."

After leaving office, a former president no longer has the authority to declassify information.

This, of course, does not address the Presidential Records Act and the requirement that White House documents be preserved with the National Archives.

On Monday, federal agents removed boxes of material from the Palm Beach property.

The Mar-a-Lago search, which focused on the area of the club where Trump's offices and personal quarters are located, marked a major escalation of the classified documents investigation. It was the first time in American history that a former president's home was searched as part of a criminal investigation.

The senior-most Secret Service person at the property served as the point of contact.

Trump has denied all wrongdoing and claims the investigation is a politically motivated sham, intended to derail his potential bid to return to the White House.

Top congressional Republicans have rushed to the former President's defense, with House Minority Leader Kevin McCarthy warning of an oversight probe "when" Republicans take back the chamber in the midterm elections.

"The Department of Justice has reached an intolerable state of weaponized politicization," McCarthy said, warning Attorney General Merrick Garland to "preserve your documents and clear your calendar."

House Republicans briefly discussed the FBI search during a conference call on Tuesday, multiple sources told CNN, and top Republicans made clear that they want to get answers and a full accounting from the Justice Department.