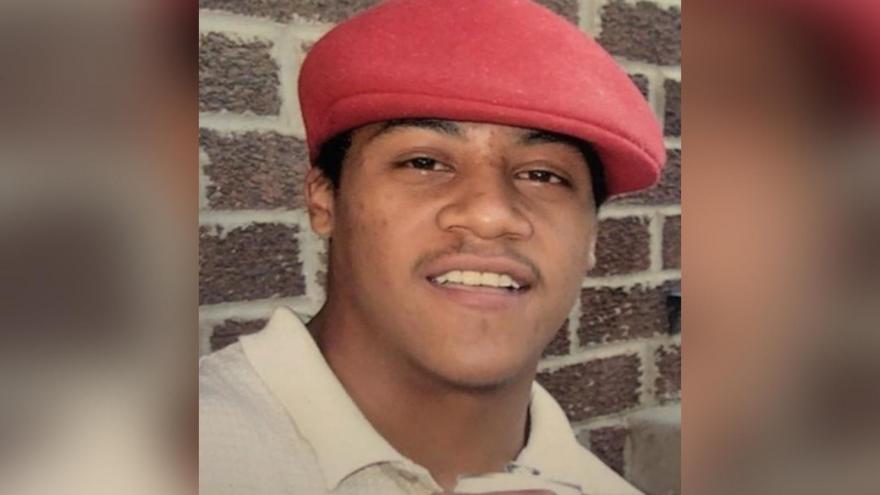 Alonzo Brooks was 23 years old when he went missing after attending a party. His body was found in a creek a month after.

(CNN) -- In 2004, the body of a Black man named Alonzo Brooks was found in a creek. Now, over a decade after the trail went cold, the FBI exhumed Brooks' body after Netflix's "Unsolved Mysteries" brought his case to the forefront.

Brooks' grave was dug up at the Topeka cemetery on Tuesday "as part of an ongoing investigation," FBI spokeswoman Bridget Patton confirmed to CNN.

Brooks was 23 years old at the time of his death. He was one of only three Black men at a party in La Cygne, Kansas, that had about 100 guests, according to the FBI. He rode to the party with friends, but they left before him, leaving Brooks without a ride.

After he failed to come home the next day, his family contacted the police who began searching for Brooks. It wasn't until a month later, after a group of his family and friends organized their own search, that his body was found on top of a pile of brush and branches in the creek, according to the FBI.

After the official autopsy performed in 2004 didn't determine a cause of death, Brooks' case went nowhere.

But in 2019, the Department of Justice and FBI reopened the investigation into his death. Additionally, the FBI announced last month that they were offering a reward of up to $100,000 to anyone who has information about his death.

"We are investigating whether Alonzo was murdered," US Attorney Stephen McAllister said in a news release at the time. "His death certainly was suspicious, and someone, likely multiple people, know(s) what happened that night in April 2004. It is past time for the truth to come out. The code of silence must be broken. Alonzo's family deserves to know the truth, and it is time for justice to be served."

The FBI added that his death was being investigated as a potential racially-motivated crime.

From the beginning of his case, rumors swirled that Brooks was a victim of foul play.

"Some said Brooks may have flirted with a girl, some said drunken white men wanted to fight an African-American male, and some said racist whites simply resented Brooks' presence," the FBI said.

Brooks' mother, Maria Ramirez, believes her son was targeted for his race.

"I'm Mexican and his father is Black," Ramirez told NBC Dateline in June. "So he's mixed. They didn't just target one race. Or kill one race. They killed two. He was targeted because of the color of his skin."

After the documentary series "Unsolved Mysteries" on Netflix aired a special about his case, Brooks' family said tips have been coming in, according to CNN affiliate KSNT.

"I think the fact we were producing this episode shined a light on the case and helped them want to take a look at this case again," the show's co-creator Terry Dunn Meurer told Entertainment Weekly. "These are important cases, and we really hope that the exposure brings renewed interest and encourages viewers to come forward."