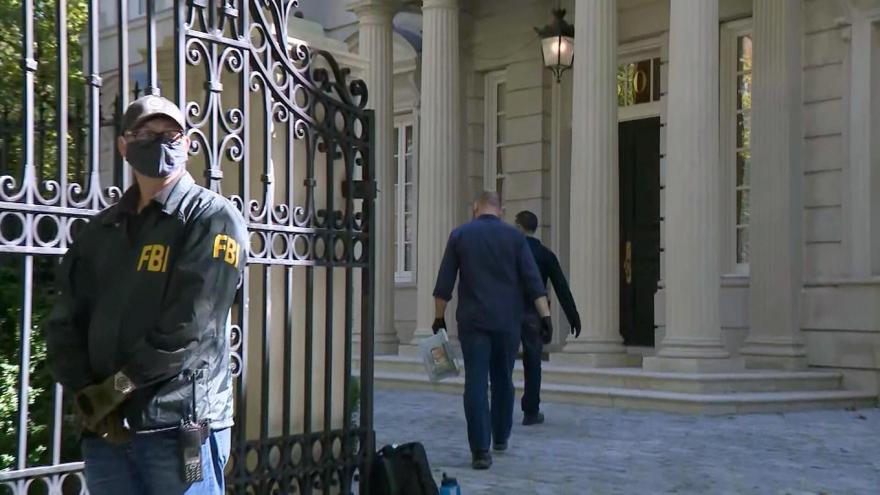 (CNN) -- The FBI is conducting "law enforcement activity" at the Washington, DC, home of Russian oligarch Oleg Deripaska, an ally of Russian President Vladimir Putin, according to an FBI spokesman.

The activity is connected to a federal investigation out of New York, the spokesperson said, but could not provide any more information. A source familiar with the matter said the investigation has been "ongoing" but also provided no further details.

At the home, the driveway was closed off by police tape labeled "crime scene do not enter" with several law enforcement cars parked on the street outside. An FBI agent guarded the driveway, and several other agents were seen going in and out of the large home in Washington's Kalorama neighborhood.

The FBI also conducted a search at a New York City location connected to Deripaska, according to an FBI official.

The searches conducted on two homes are "related to US sanctions," Deripaska representative Larisa Belyaeva said in a statement, adding that he is not the owner of the houses.

NBC News was first to report on the searches.

Deripaska was sanctioned by the US back in 2018 in response to Russian interference in the 2016 election. The Treasury Department statement announcing the sanctions said he had been investigated for "money laundering, and has been accused of threatening lives of business rivals, illegally wiretapping a government official, and taking part in extortion and racketeering." Earlier this year, Deripaska lost a lawsuit to have the sanctions lifted.

Manafort had worked for Deripaska, representing him on "business and personal matters in countries where he had investments" and advancing the interests of his aluminum company Rusal.

Deripaska has rejected any link to Russian interference in the 2016 US presidential election that Mueller investigated.

Deripaska once loaned him $10 million, according to court filings from Mueller's investigation. Manafort was sentenced to more than 7 years in prison for bank and tax fraud and foreign lobbying-related crimes, but received a pardon last fall from President Donald Trump.