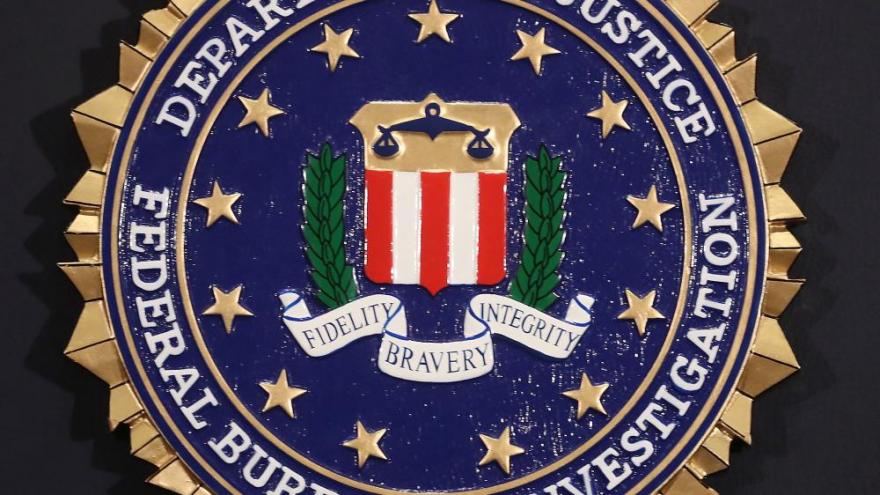 A newly released government report shows that deaths at the hands of racially motivated violent extremists are on the rise in the United States.

(CNN) -- A newly released government report on domestic violent extremism warns lone wolf attackers with easily accessible weapons present the greatest terrorism threat to the US and the number of people dying at the hands of racially motivated extremists every year is on the rise since 2017.

The joint report from the Federal Bureau of Investigation and the Department of Homeland Security shows 2019 was "the most lethal year" for domestic violent extremist attacks since 1995 -- with 32 people killed, 24 of them by White supremacists. The report focuses on data from 2017-2019.

"In 2019, the FBI and DHS assessed RMVEs (Racially or Ethnically Motivated Violent Extremists), primarily those advocating for the superiority of the white race, likely would continue to be the most lethal DVE threat to the Homeland," the report said. "Our agencies had high confidence in this assessment based on the demonstrated capability of RMVEs in 2019 to select weapons and targets to conduct attacks, and the effectiveness of online RMVE messaging calling for increased violence."

There were 57 domestic terrorism-related deaths between 2017 and 2019, the data shows, 47 of them racially motivated, mostly by White supremacists.

"Political disagreements within the United States could present opportunities for DVEs to engage in violence against individuals perceived to have opposing ideologies, prominent political or public figures, or members of the media covering these events," the agencies wrote, referring to domestic violent extremists.

DHS on Friday issued a terrorism threat bulletin update, which warned that "through 2020 and into 2021, government facilities and personnel have been common targets" of domestic violent extremists. "Historically, mass-casualty Domestic Violent Extremist (DVE) attacks linked to racially- or ethnically-motivated violent extremists (RMVEs) have targeted houses of worship and crowded commercial facilities or gatherings," according to the bulletin.

As the number of deaths related to domestic terrorism and racially motivated extremism has risen in recent years, the number of arrests has gone down, according to the report.

The FBI conducted approximately 1,000 domestic terrorism investigations each fiscal year from 2017 though 2019.

Following the release of the assessment, House Intelligence Chairman Adam Schiff said that "the report confirms what has been clear for some time: The greatest terrorist threat we face comes from radicalized lone offenders with easy access to weapons."

"They attack soft targets and have a variety of motivations, but a large majority of the most significant attacks have been carried out by white supremacist extremists," the California Democrat added in a statement.

The report, which is mandated by the National Defense Authorization Act of 2020, was sent to Congress nearly one year past the original deadline.

At the time, the letter underscored a broader effort by lawmakers to reclaim oversight authority of agencies that regularly dismissed requests from Congress to provide comprehensive national security assessments under then-President Donald Trump due to explicit and implicit political pressure from the White House.

The FBI previously told CNN the agency had provided the first, brief part of the report in November, but the "operational tempo" and Covid-19-related strains delayed the response.

Mississippi Rep. Bennie Thompson, the Democratic chairman of the Homeland Security Committee, said he appreciated that the Biden administration released the report, but added that "there will likely need to be more conversations and supplemental data submissions from the Biden administration for Congress to get a more complete picture of the domestic terrorism threat landscape."

"Congress needs data to help guide future legislative and oversight efforts to address the persistent scourge of domestic terrorism. The Executive Branch has this data; the biggest takeaway here is that presenting it in an aggregated manner that communicates to Congress and the American people the current threat picture continues to be a challenge," he said in a statement, pointing out that the report was due more than 10 months ago.