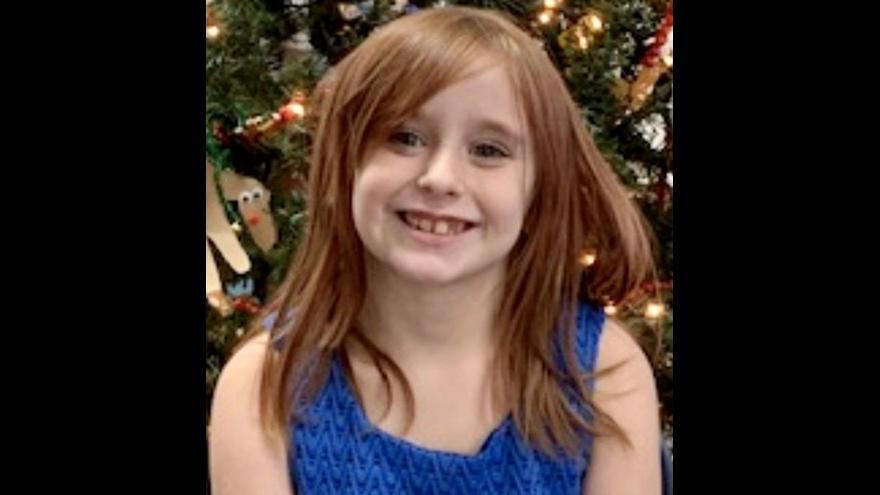 Faye Marie Swetlik, 6, went missing from outside her Cayce, South Carolina, home on February 10. The county coroner said she was killed hours after she was abducted from her home.

(CNN) -- Faye Marie Swetlik, a South Carolina 6-year-old who went missing from her home, was abducted and killed by a neighbor who died by suicide, authorities said Tuesday.

The first-grader died of asphyxiation hours after she was abducted last week in Cayce, Lexington County Corner Margaret Fisher said, citing the results of a recent autopsy.

The girl was last seen playing in her front yard on February 10 after taking the bus home from Springdale Elementary School, Cayce Department of Public Safety Sgt. Evan Antley told reporters. Her body was found February 13 in a wooded area between her family's house and an auto parts store, according to Antley.

Authorities released the results of the girl's autopsy and details of the investigation that led them to the suspect in her death. That suspect, Coty Scott Taylor, 30, was found in his residence about 150 feet from the Faye's house shortly after her body was discovered.

Snellgrove said it appears Taylor "is the sole perpetrator of this crime."

Authorities knocked on doors and combed through trash cans and dumpsters during the search, Snellgrove said.

"Those agents did not see anything that alerted them to believe that he had knowledge or was any way involved in Faye's disappearance at that time," Snellgrove said.

Thursday, the day Faye's body was found, officers followed Cayce sanitation trucks through the neighborhood, hoping to find clues that would lead them to Faye, Snellgrove said. Officers combed through the trash cans as they were loaded onto the back of garbage trucks, he said.

That morning, Snellgrove said officers also searched a trash can near the suspect's home and found two key pieces of evidence: a child's polka dot boot and the soup ladle with fresh dirt in it. Police then searched the nearby woods, where authorities found Faye's body.

Sometime later, a neighbor called 911 to report that a man was bleeding in the back patio of one of the homes near were Faye's body was found.

Taylor cut his throat, according to the results of an autopsy released by Fisher. He died by suicide, the results show.

Snellgrove said it appears Faye's body was moved to the woods last Thursday morning. Her body was not there for long before it was discovered, police said.

"Faye Swetlik's death did not occur at the location where her body was discovered," Fisher said.

A vigil was planned Tuesday for Cayce.

Snellgrove said the case has affected officers. Faye will not be forgotten, he said.

"Faye Swetlik quickly grabbed all of our hearts, and this case became and will always remain very personal for each of us," he said.