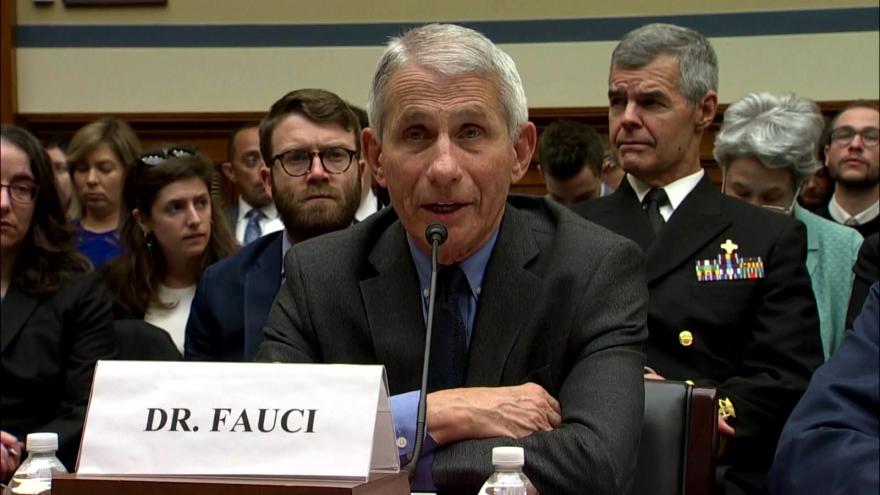 By Brenda Goodman and Virginia Langmaid

(CNN) -- Dr. Anthony Fauci, director of the National Institute of Allergy and Infectious Diseases and President Biden's chief medical adviser, recently revealed he is experiencing a rebound of his Covid-19 infection after taking the antiviral medication Paxlovid.

To date, cases of Paxlovid rebound have been limited to small studies and experiences shared on social media.

Infectious disease experts have been calling on the government to study instances of rebound more systematically, saying the phenomenon needs to be better characterized to understand who is most at risk and whether the standard 5-day course of treatment with the drug should be lengthened to prevent it. What's more, expertssay, studies have shown that people can pass the infection to others during a rebound, which is another reason to better understand it.

Fauci described the "interesting course" his own infection had taken on Tuesday during an appearance at Foreign Policy'sGlobal Health Forum.

"I turned positive about two weeks ago, with very minimal symptoms. When they increased, given my age, I went on Paxlovid for five days," Fauci said. Fauci, 81, credited the drug with keeping him out of the hospital.

After five days on the drug, he tested negative. He had three consecutive days of negative tests. On the fourth day he tested positive again.

"It was sort of what people are referring to as a Paxlovid rebound," he said.

Pfizer, the company that makes Paxlovid, says its studies show rebounds are rare and happen in people who take the drug as well as those who took a placebo pill. Because investigators noted the phenomenon in both groups, the company doesn't believe it is tied to the medication.

The CDC issued a health alert to doctors on May 24, advising that Covid-19 symptoms sometimes come back, and that may just be how the infection plays out in some people, regardless of whether they're vaccinated or treated with medications like Paxlovid. The CDC further said most cases of rebound involve mild disease and that there have been no reports of serious illness.

In Fauci's case, he said his symptoms got worse when they returned after treatment.

"Over the next day or so I started to feel really poorly, much worse than in the first go around," he said.

His doctors prescribed another course of Paxlovid.

"I went back on Paxlovid, and right now I am on my fourth day of a five-day course of my second course of Paxlovid. Fortunately, I feel reasonably good. I mean, I'm not completely without symptoms, but I certainly don't feel acutely ill."

Dr. Michael Charness, at the Boston VA Healthcare System, has been studying cases of Paxlovid rebound. He said Fauci's case really illustrates how much we still need to learn about the drug.

"His clinical course underscores how much we need to learn about the optimal dosing and duration of antiviral treatment of Omicron infections. We also know little about the best management of severe rebound infection," Charness said in a written message to CNN.