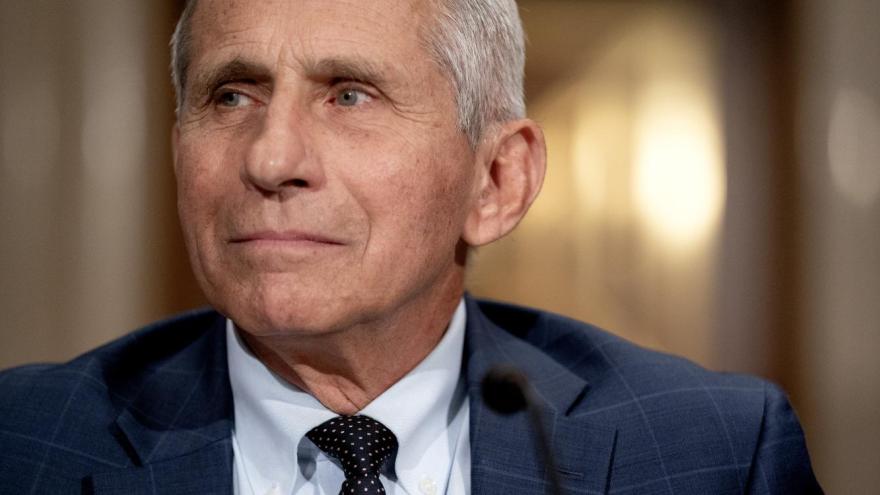 Dr. Anthony Fauci, Director of the National Institute of Allergy and Infectious Diseases, arrives to testify before the Senate Health, Education, Labor, and Pensions Committee at the Dirksen Senate Office Building on July 20, 2021 in Washington, DC.

Fauci, who serves as Biden's chief medical adviser and has served as the director of the National Institute of Allergy and Infectious Diseases for decades, said he does not currently have a specific retirement date in mind nor has he started the process of retiring.

"I have said that for a long time," Fauci said of his plans to leave government before the end of Biden's current term, which ends in January 2025.

"By the time we get to the end of Biden's first term, I will very likely (retire)," Fauci said.

Politico published an interview with Fauci on Monday in which Fauci said he did not expect to remain in government until coronavirus is eradicated, because he said, "I think we're going to be living with this" for years to come.

Fauci told CNN's "At This Hour" later Monday that though his recent comments on retirement were interpreted as announcing a retirement plan, he just meant "that it is extremely unlikely -- in fact, for sure -- that I am not going to be here beyond January 2025."

Fauci said that he feels like he's established a good system at NIAID to facilitate a smooth transition at the agency and wants to pursue other career opportunities once he eventually leaves.

"Everybody in a position of any influence in my institute, I handpick. So it's something that I've been working on now for four decades. So we have a good system in place," Fauci told CNN's Kate Bolduan. "Obviously, you can't go on forever. I do want to do other things in my career, even though I'm at a rather advanced age. I have the energy and the passion to continue to want to pursue other aspects of my professional career and I'm going to do that some time. I'm not exactly sure when, but I don't see myself being in this job to the point where I can't do anything else after that."

At 81, Fauci has served more than five decades under seven presidents, advising every American president since Ronald Reagan.

In his time as director of the NIAID, Fauci has helped lead the federal public health response to the HIV/AIDS crisis, Ebola, the Zika virus and anthrax scares. But he was thrust into the national spotlight at the start of the coronavirus pandemic, emerging as a key voice in public health during the Trump administration.

Fauci and then-President Donald Trump publicly disagreed on how to approach the pandemic, what the correct message was for the American people and how to balance reopening with preventing further contagion. Through it all, Trump insisted he respected Fauci but disagreed with his approach. But at their relationship's low point, Trump suggested he was considering firing the doctor. Attacks from Trump's allies led to enhanced security for Fauci.

In 2020, Fauci told CNN's Sanjay Gupta he had to get security protection after his family received death threats and harassment.

Fauci told "At This Hour" on Monday that political pressures did not play into his decision to eventually leave his role.

Fauci said last November that he only expected to leave his role when the Covid-19 outbreak was "in the rearview mirror."

"I'm the director of the institute that has now been very important in the basic research in leading to the drugs that will now have an important impact in the treatment of Covid-19. That's what I do," Fauci told CBS' "Sunday Morning." "So, I'm going to keep doing that until this Covid-19 outbreak is in the rearview mirror, regardless of what anybody says about me, or wants to lie and create crazy fabrications because of political motivations."