Fauci on gun violence: 'How can you say that's not a public health issue?' 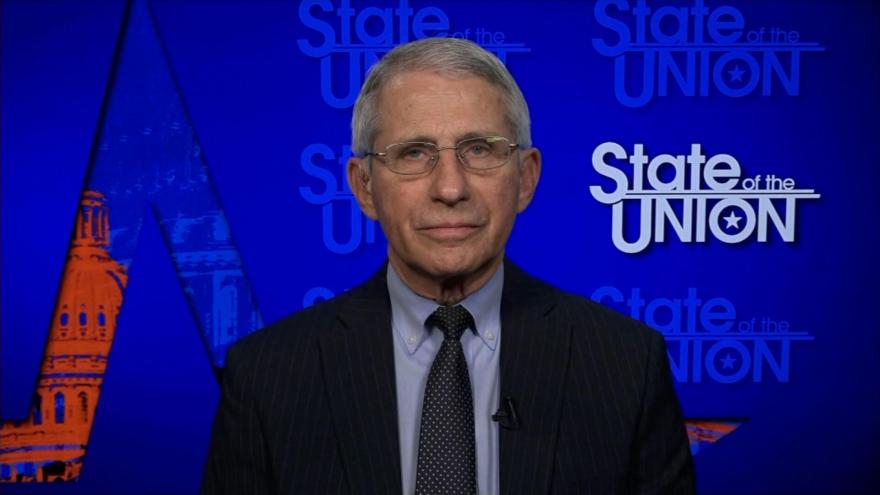 "Myself, as a public health person, I think you can't run away from that. When you see people getting killed, in this last month it's just been horrifying what's happened. How can you say that's not a public health issue?" he told CNN's Dana Bash on "State of the Union" when asked if gun violence was a public health emergency.

Fauci's comments come after a rash of mass shootings in the past month. The US has suffered at least 45 mass shootings since March 16, when eight people were killed at three Atlanta-area spas, according to CNN reporting and an analysis of data from the Gun Violence Archive (GVA), local media and police reports. CNN considers an incident to be a mass shooting if four or more people, excluding the gunman, are wounded or killed by gunfire.

After a mass shooting at an Indianapolis FedEx facility that left at least eight people dead last week, Biden called the recent spate of mass shootings "a national embarrassment" and urged Congress to take action.

"It's not always these mass shootings that are occurring -- every single day, every single day there's a mass shooting in the United States, if you count all those who are killed out on the streets of our cities and our rural areas," Biden said Friday during a joint press conference in the White House Rose Garden with Japanese Prime Minister Yoshihide Suga. "It's a national embarrassment and must come to an end."

In March, the Democratic-led House passed two gun reform bills that would expand background checks, including one that would require checks for all sales and transfers including between private parties, at gun shows and over the Internet. The legislation has stalled in the Senate and Connecticut Sens. Chris Murphy and Richard Blumenthal, both Democrats, have been reaching out to Republicans to see if there could be any support for gun legislation that could reach 60 votes in the chamber needed to pass.

Both senators have acknowledged they may have to scale back the House legislation as they face opposition from Republican senators and skepticism from moderate Democrats on the issue. Murphy told reporters Wednesday he was even willing to accept a more narrow bill in order to get the 60 votes.

California Rep. Karen Bass agreed with Biden that gun violence in the US is "an embarrassment" in a separate interview with Bash on Sunday and said she would support a narrower bill to pass the legislation with Republican support.

"The bills that passed the House are bills that are supported by the majority of the country, including Republicans, including gun owners," she said. "So there is no reason not to pass the legislation."

The debate over gun control legislation comes as additional pressure is mounting on Biden and members of Congress to show they are also committed to holding police officers accountable for misconduct, excessive force and negligence nearly a year after the police killing of George Floyd.

Bass on Sunday acknowledged the uphill climb for House-backed police reform legislation in the Senate.

"It's one thing to pass legislation in the House. It's a super hurdle to get it passed in the Senate," she said. "We have got to come up with a solution. We just can't see this happen to the extent that it is happening now."