Fauci: Monkeypox outbreak needs to be taken more seriously as virus continues to spread and cases are likely undercounted 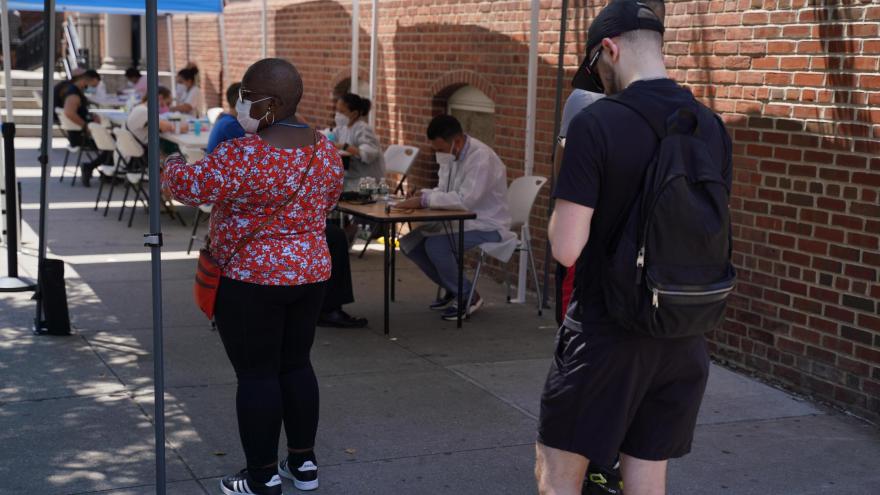 (CNN) -- As cases of monkeypox continue to rise in the US, a top health official is stressing the outbreak needs to be handled in a more rigorous manner.

"This is something we definitely need to take seriously. We don't know the scope and the potential of it yet, but we have to act like it will have the capability of spreading much more widely than it's spreading right now," Dr. Anthony Fauci told CNN Saturday.

Monkeypox has been detected throughout most of the US, with the exception of a handful of states, according to the US Centers for Disease Control and Prevention. The states with the most cases include New York, California, Illinois and Florida.

The latest data shows the CDC has tracked at least 1,814 probable or confirmed cases in the US, as of Friday.

Fauci, who is director of the National Institute of Allergy and Infectious Diseases and President Joe Biden's chief medical adviser, told CNN's Laura Coates that those numbers are "very likely an undercount."

"Whenever you have the emergence of something like this, you are always probably looking at what might be -- might be, we don't know -- the tip of the iceberg, so that's the reason why we've got to get the testing out there in a much, much more vigorous way," Fauci said Saturday.

Monkeypox is a poxvirus, related to smallpox and cowpox. The virus generally causes pimple or blister-like lesions and flu-like symptoms such as fever, the CDC explained.

The lesions typically concentrate on the arms and legs, but in the latest outbreak, they're showing up more frequently on the genital and perianal area, which has raised some concerns that monkeypox lesions may be confused with sexually transmitted disease.

The virus spreads through close contact -- including direct physical contact with lesions as well as "respiratory secretions" shared through face-to-face interaction. Touching objects that have been contaminated by monkeypox lesions or fluids may also risk the spread.

And although monkeypox is not an STD, it has mostly been spreading among men who have sex with men.

On Saturday, Fauci said more testing will be done with five commercial testing laboratories coming online, and he expects up to 700,000 vaccines will be distributed to communities by the end of July.

"Because you want to protect the people at risk, not only the people who might have had an exposure that they know of, but also people, by the virtue of the fact that they're in a risk situation, that they need to get vaccinated," he noted.

The US has more than tripled its monkeypox vaccine doses since last week, according to the US Department of Health and Human Services. But that supply remains short of what's needed to help control the spread.