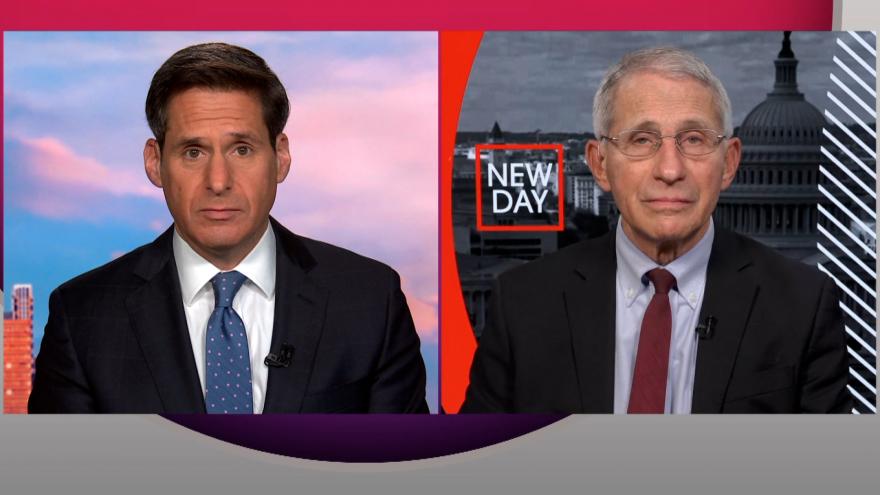 (CNN) -- Dr. Anthony Fauci on Tuesday said that Fox News host Jesse Watters should be fired for using violent language at a conservative conference to encourage attendees to ambush him in hopes of creating a viral moment.

"I mean, that's crazy," Fauci added. "The guy should be fired on the spot."

A spokesperson for Fox News did not immediately respond to a request for comment.

Watters made his remarks Monday at the right-wing Turning Points USA conference where he gave students a playbook on how to record a viral moment that Fox News would air and that other right wing outlets would amplify.

"Now you go in for the kill shot. The kill shot? With an ambush? Deadly. Because he doesn't see it coming," Watters said.

Fauci reacted with shock to the "awful" comments on Tuesday, but also acknowledged that it's "very likely" Watters would go "unaccountable" at Fox News.

"The only thing that I have ever done throughout these two years is to encourage people to practice good public health practices: to get vaccinated, to be careful in public settings, to wear a mask," Fauci said on "New Day."

"And for that," Fauci continued, "you have some guy out there saying that people should be giving me a kill shot to ambush me? I mean, what kind of craziness is there in society these days?"

Watters' comments come just weeks after Lara Logan, another Fox News personality who hosts a show on the channel's streaming network, compared Fauci to a Nazi doctor infamous for experimenting on prisoners at the Auschwitz death camp.

At the time, Fauci called out Fox News for staying silent and not commenting on Logan's comments.

"What I find striking, Chris, is how she gets no discipline whatsoever from the Fox network," Fauci said at the time to MSNBC host Chris Hayes. "How they can let her say that with no comment and no disciplinary action. I'm astounded by that."