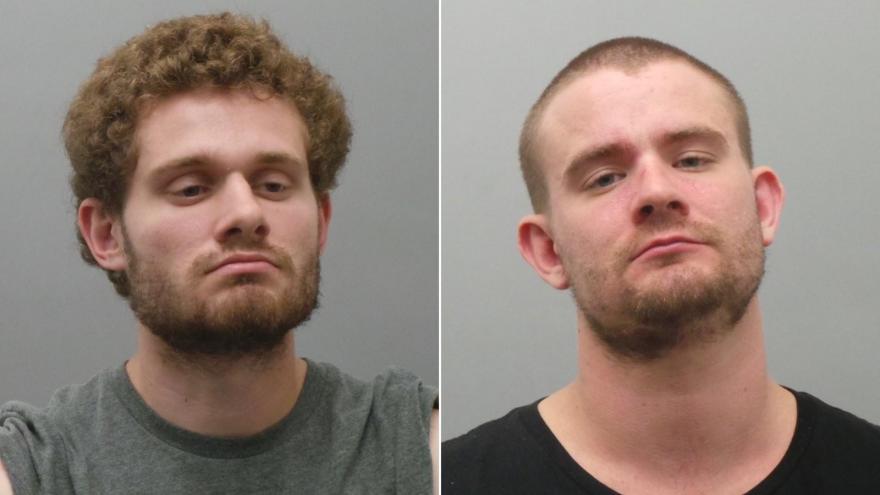 (CNN) -- Two brothers have been charged in what police are calling a road rage incident that saw a father shot as his four children watched from just feet away, police said.

Scott Thomas, 46, was shot in south St. Louis on Monday while his four children sat inside his car, according to a police report.

His four children range in age from 3 to 11. They were unhurt.

Thomas had pulled over to get the license plate of another vehicle when both the driver and passenger pulled out guns and pointed them at Thomas, according to police.

It's unclear what caused Thomas to pull over, but a probable cause statement says the suspects and victim were involved in a "road rage incident."

Police say that Thomas was shot three times and taken to a local hospital for treatment.

Shortly after the shooting, police pulled over a Mitsubishi GTS that was driving on the shoulder in order to pass traffic. Two suspects in the vehicle were arrested without incident.

Nicholas Marino, 27, was charged with first-degree assault and armed criminal action. His bond was set at $75,000, police said.

Neither suspect currently has an attorney, according to court records.