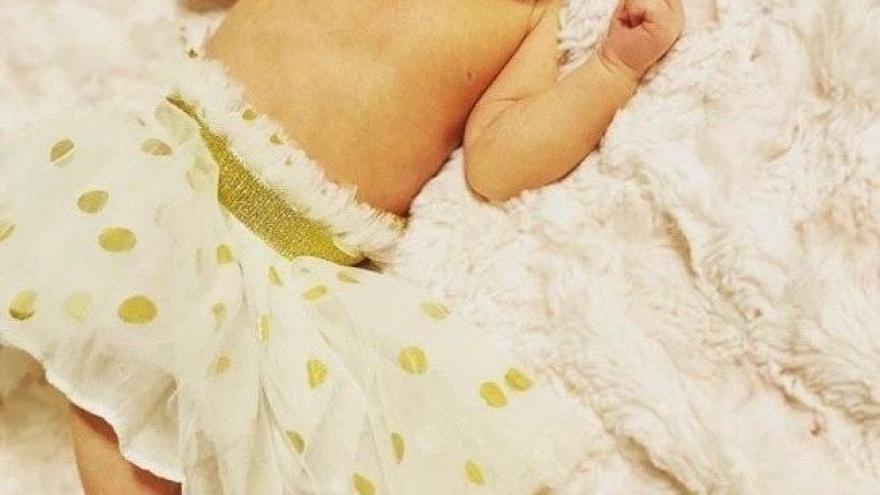 Heidi Broussard vanished along with her infant daughter Margot Carey on December 12 after dropping off her son at elementary school earlier in the morning.

(CNN) -- The father of a Texas baby who disappeared with her now-deceased mother has been reunited with his child, according to a photo posted Tuesday morning to Facebook.

Heidi Broussard, of Austin, vanished along with her infant daughter, Margot Carey, on December 12 after dropping off her son at elementary school.

A week later, the baby was found at a home in Houston during a search that also uncovered the remains of her mother. An autopsy determined that Broussard died by strangulation and her place of death was listed as the trunk of a vehicle, according to the Harris County Institute of Forensic Sciences.

On Monday, family members held a vigil for Broussard.

"Heidi was great ... She was an all around good person," friend Carli Laughlin told CNN affiliate KEYE. "If you needed help she'd help you. She always made sure everyone was OK. She was a great person."

Carey told KEYE that he'd last spoken to Broussard at about 8 a.m. the day she and the 4-week-old child were reported missing.

When he returned home from work at 2 p.m., Broussard and their daughter were nowhere to be found, Carey told the station. He went to pick up their son from school and then called police when he came home.

As the family tries to come to terms with the loss of Broussard, a source familiar with the case tells CNN that investigators are working to learn more about the particulars of Broussard's relationship with her friend Magen Fieramusca.

Fieramusca was arrested in Harris County on Friday and transported to Travis County, where she is being held on two counts of kidnapping and one count of tampering with a corpse, according to the Travis County Sheriff's Office. She's being held on $600,000 bond, the office said.

Authorities have not identified Fieramusca as the suspect, but CNN learned Friday from a source familiar with the investigation that Fieramusca is a suspect in the case.

Fieramusca had her first appearance before a judge in Travis County, and the date for her next hearing has not been set yet, the Travis County District Attorney's office told CNN.

Jackie Cook, Fieramusca's court appointed attorney, told CNN in an email Saturday night that she had just been assigned to the case and it was unlikely her case would be set during the holidays as most courts were closed.

The probable cause document -- which typically outlines the facts that justify an arrest -- has been sealed by the judge because the investigation is ongoing.