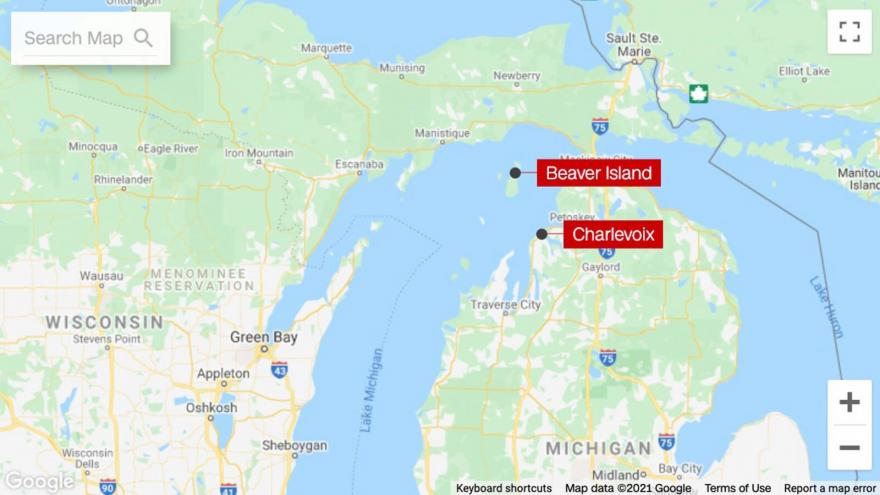 An 11-year-old girl is the sole survivor of a plane crash in Michigan that killed four adults Saturday.

(CNN) -- A victim in a Michigan plane crash died while saving his eldest daughter's life, a family friend and business partner said.

Mike Perdue, one of four people who died in a light-commuter plane crash near Beaver Island Saturday, shielded his daughter during it, Ryan Wojan told CNN.

"He cradled her in his arms," Wojan said. "She doesn't remember anything, except for her daddy squeezing her so hard."

The 11-year-old is the sole survivor.

All of her injuries were on the opposite side of where her dad was sitting in the plane, said Wojan, who has been in close contact with Perdue's wife since the accident.

From 2015: Why do more kids survive plane crashes

Perdue's wife "wanted to be sure that everyone knew who he was and how he gave his life for his daughter," Wojan said. The couple has four children.

The girl, who remains hospitalized, suffered several fractures and has undergone two surgeries but none of her injuries are life-threatening, Wojan added.

Two of the deceased, Kate Leese and Adam Kendall, were taking their dogs to the vet in the plane, a family member told CNN. Both animals died in the crash, authorities said over the weekend.

Charlevoix County Sheriff Lieutenant William Church said the pilot was the fourth victim. He has not been identified.

Leese and Kendall had recently moved to Beaver Island, authorities said. They were working to establish a vineyard on the small Upper Michigan island in the middle of Lake Michigan, according to posts on social media.

In recent Instagram posts, the couple shared photos of their dogs and flights over the island.

Avid fishermen and hunters, Wojan and Perdue were meeting on Beaver Island for the opening day of firearm deer season. The girl was going to meet a family friend for the weekend, Wojan told CNN.

Wojan flew to Beaver Island three hours before the Perdues on the same plane.

Perdue was the managing broker and co-owner of Smith Realty Group, with Wojan.

"He was always a giver... and was such an important part of the community," Wojan said.

The United States Coast Guard (USCG) was conducting a training flight in the area and responded after receiving an Emergency Locator Transmitter alert pinging them to the crash, according to a tweet from USCG Great Lakes.

The FAA and the National Transportation Safety Board are investigating the cause of the crash, the FAA said.