Father and son went to US Capitol on January 6 'to bond because they had not had a close relationship in the past,' lawyer says 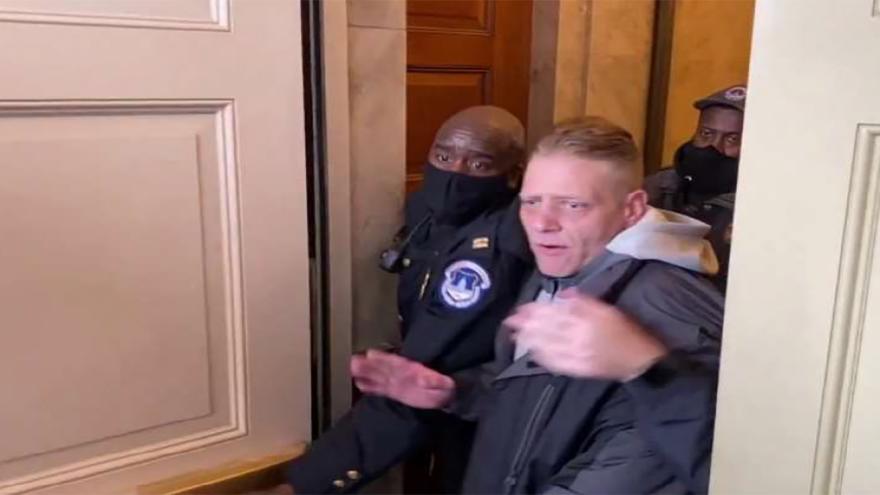 (CNN) -- A father and son were sentenced by a federal judge Thursday for their role in the January 6 US Capitol attack after pleading to a misdemeanor charge earlier this year.

The father and son, as well as their attorneys, described how the pair had been estranged since William Sywak left the family shortly after his son's birth but had been working on a better relationship leading up to January 6, 2021.

They decided to travel to DC together from upstate New York after both had been swept up in conspiracies surrounding the 2020 election, which they both disavowed at sentencing.

The trip was "to bond because they had not had a close relationship in the past," William Sywak's attorney said in court.

After the riot, Billy Sywak described in text messages how law enforcement officers were sprayed in the face by other rioters, which Contreras described as "gleeful."

During the hearing, Contreras asked Billy Sywak what he would say to the families of the officers that died because of the riot. He responded that "I would say I'm sorry it's not right" and that "I didn't realize how extreme it was for these officers to think about doing that," referring to the officers who died by suicide after the riot.

Over 840 people have been arrested in the Justice Department's investigation into the Capitol Riot, including 50 charged with conspiracy and at least 255 who have been charged with assaulting, resisting or impeding officers.