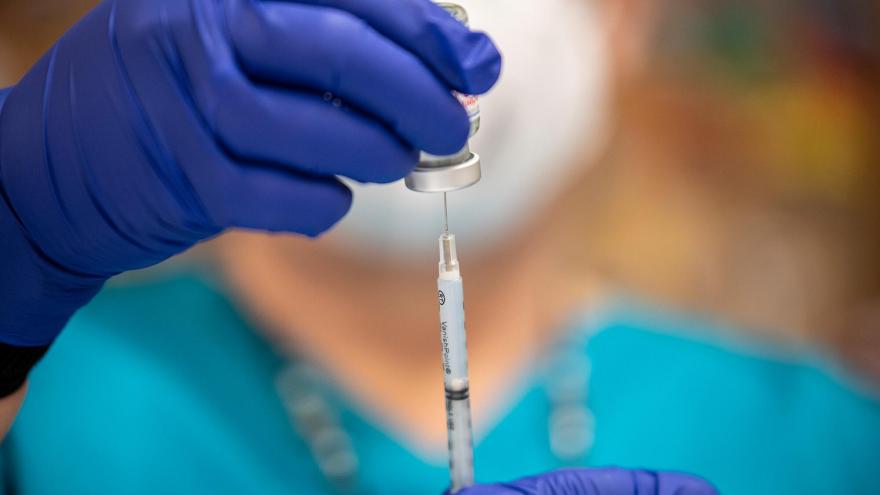 The Biden administration's vaccine mandate targeting businesses with more than 100 employees is now before the conservative-leaning Ohio-based 6th US Circuit Court of Appeals, which could soon decide its fate.

(CNN) -- The Biden administration's vaccine mandate targeting businesses with more than 100 employees is now before the conservative-leaning Ohio-based 6th US Circuit Court of Appeals, which could soon decide its fate.

Late Wednesday, the 5th US Circuit Court of Appeals, which has blocked the mandate, transferred its case to the 6th Circuit, where 34 challenges filed nationwide will be consolidated after that court was picked through a lottery on Tuesday. The Justice Department is expected to file a motion with the 6th Circuit to try to vacate the order blocking the mandate.

In the meantime, the Occupational Safety and Health Administration, which falls under the US Labor Department, is complying with a directive from the 5th Circuit panel, according to a statement on its website. The agency is no longer reaching out to large private companies to help them comply with the emergency rule that mandates vaccinations or weekly testing for employees and is instead waiting for the court to make a decision.

The mandate represents President Joe Biden's most controversial push to date to ensure that as many Americans as possible are vaccinated against Covid-19, especially after the emergence of the highly transmissible Delta strain of the virus. Eighty-four million workers at large employers would be covered by the rules implemented by OSHA.

"Vaccination is the single best pathway out of this pandemic," the President said in a statement earlier this month. "And while I would have much preferred that requirements not become necessary, too many people remain unvaccinated for us to get out of this pandemic for good."

But immediately after being announced, the mandate came under challenge from Republican-led states and some private employers, who say OSHA overstepped its authority in issuing such a rule.

After the first wave of lawsuits, however, liberal-leaning unions joined in, arguing in some cases that OSHA has the authority to go further and issue a more stringent mandate. Both sides filed their disputes in circuits they thought might be the most favorable to their positions. Under a statute governing OSHA, all 34 lawsuits from across the country filed in 12 different courts of appeals are required to be consolidated and handled by one court chosen by lottery.

The 6th Circuit has more than twice as many judges appointed by Republican presidents as those appointed by Democrats.

"The Sixth Circuit is a favorable draw for mandate challengers, one of the best they could have hoped for. The court has many Trump-appointed judges skeptical of broad assertions of agency authority, and this is their chance to cement that reputation," Sean Marotta, a lawyer at Hogan Lovells who follows multi-circuit issues closely, previously told CNN.