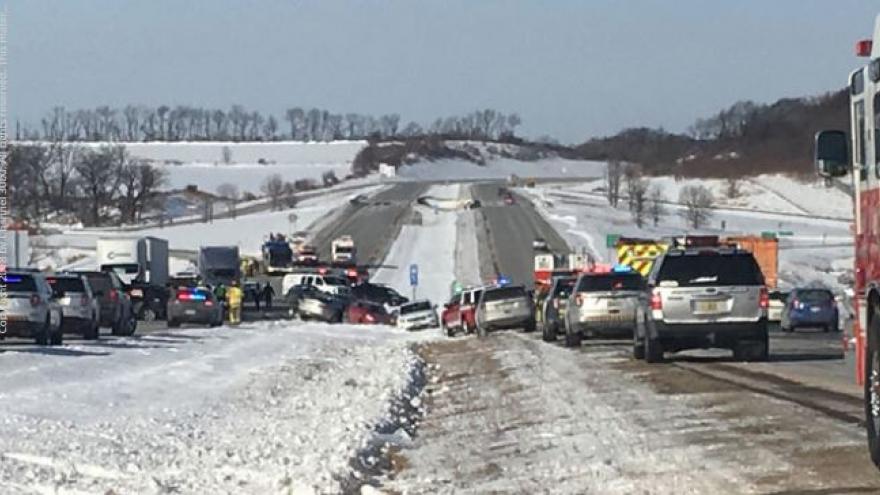 VERONA, Wis. (AP) — Authorities say heavy fog is apparently a factor in a fatal crash on a southern Wisconsin highway that involves about 20 vehicles.

Officials say at least one person has died in the pileup on eastbound Highway 18/151 just south of Verona Monday morning. The Dane County Sheriff's Office says poor visibility due to heavy patches of fog is believed to be a contributing factor.

The sheriff's office says uninjured drivers and passengers are being taken to the Verona Fire Department.

The eastbound lanes are expected to be closed for the next five to six hours.