Farmers look to apps to help with timing of crop treatment 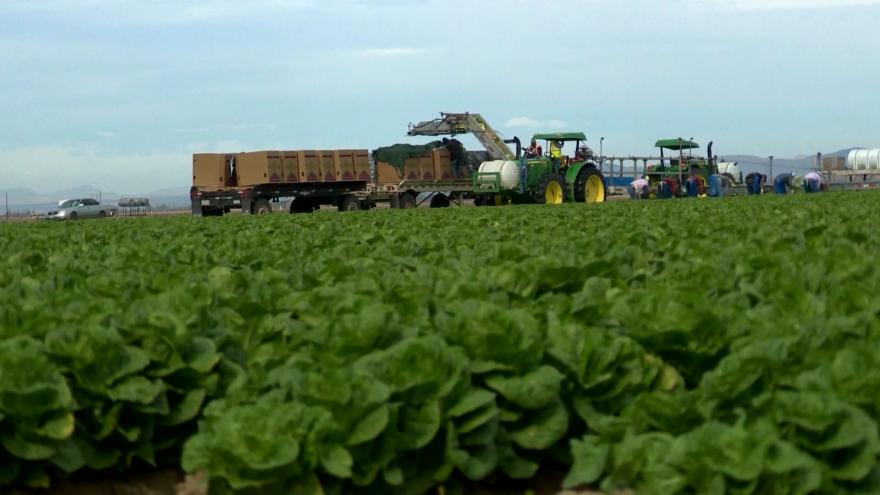 BLACK RIVER FALLS, Wis. (AP) — Rains that inundated Wisconsin this spring after a wet fall and winter forced farmers to plant their crops historically late, and that has led to uneven growth stages.

That has made it difficult for farmers to decide when to apply fungicide to crops because it's based on specific growth stages of the plants, said plant pathologist Damon Smith from the University of Wisconsin-Madison. But an app is helping farmers make better decisions about when to do so.

On a recent trip to a corn field in Black River Falls in western Wisconsin, Smith pointed to a section of a corn field where the stalks were shorter and paler, Wisconsin Public Radio reported.

"That's probably where the (flood) water sat," Smith said. "As the water receded, some of this corn was able to emerge. But some of this corn in the middle never did emerge, it just pretty much rotted in the ground."

Smith said he's hearing more from farmers asking for advice on their crops, sending him photos from their fields and inquiring about certain diseases. Smith said farmers are looking for closely-tailored recommendations about what to do. As a result, Smith said one of his programs have developed smartphone apps that use GPS-referenced weather to help farmers make decisions.

For instance, farmers can input data into an app called Sporecaster, like location and plant growth in the field to help predict the best time to treat for white mold in soybeans.

Deciding when to use fungicide on crops is crucial because farmers don't have extra money to put into their fields after years of low commodity prices and the trade war with China hurting exports, said Jamie Pfaff, an agriculture educator for UW-Extension in Jackson County.

"Right now, everyone is just looking at their bottom line and trying to cut whatever expenses that they have," Pfaff said. "When you're spraying multiple fields and you have to put on more than one application, that could make or break the bank really for some people."