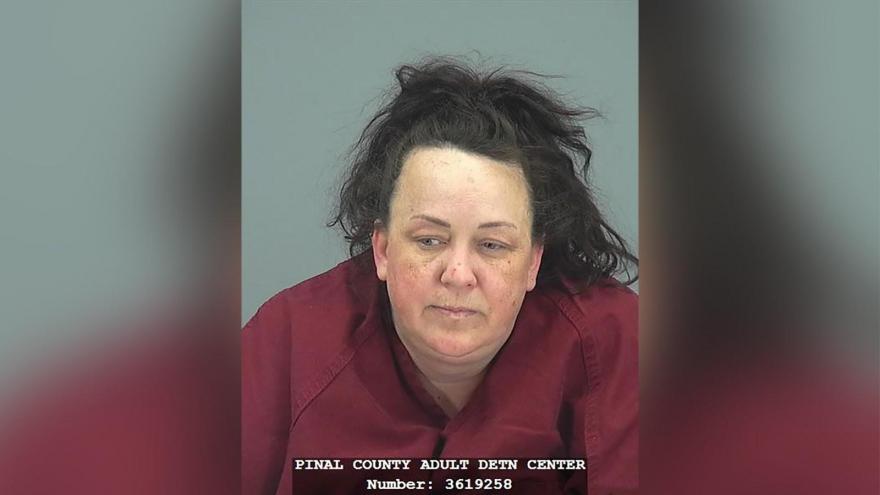 Alvarado was unable to say how she died.

Hobson ran the "Fantastic Adventures" YouTube channel, which racked up more than 250 million views and featured her seven adopted children.

With titles like "The FLOOR IS LAVA!" and "Escape The Babysitter!" each of the episodes featured the children in lightsaber battles, turning into superheroes or attempting to steal cookies.

But a March welfare check found the home was a den of abuse.

Hobson would withhold food and water from the children for days, pepper-spray them, force them to take ice baths and lock them in a barren closet, according to a statement of probable cause.

In the same month, Hobson pleaded not guilty to the charges against her

CNN has reached out to the Pinal County Attorney's Office for more information.