Fans or no fans? Where some NFL teams stand 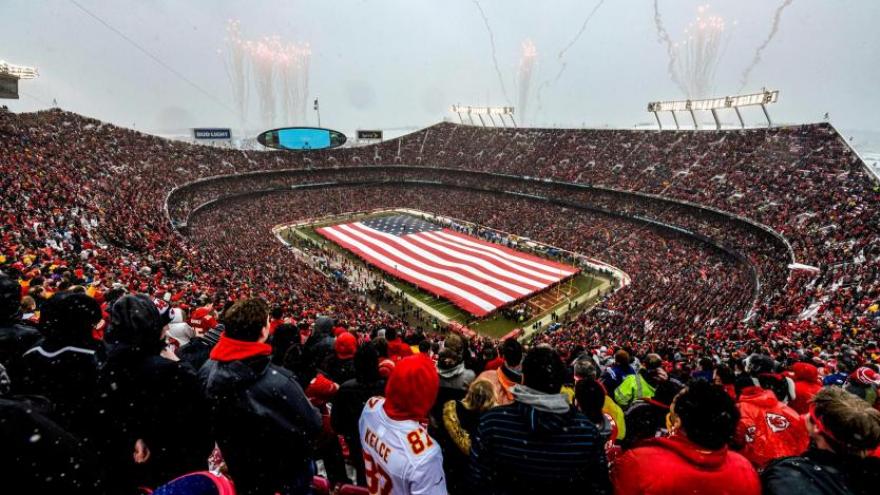 The Kansas City Chiefs, who won Super Bowl LIV, will host the Houston Texans at Arrowhead Stadium with only 22% capacity, the Chiefs said.

(CNN) -- The National Football League will kick off its season September 10 with fans in the stands, according to an announcement Monday.

The Kansas City Chiefs, who won Super Bowl LIV, will host the Houston Texans at Arrowhead Stadium with only 22% capacity, the Chiefs said.

The announcement comes as the NFL has struggled to determine how it will weather this season through the coronavirus pandemic. As of Monday night, the virus has infected more than 5.4 million Americans and killed more than 170,000, according to data from Johns Hopkins University.

Over 100 NFL players tested positive in the offseason and more than 50 tested positive when players began reporting to training camp earlier this month. Though the league announced safety protocols and canceled its preseason, at least 66 pro players have opted out of 2020 play.

The Chiefs, in consultation with health officials and the NFL, said on their website tickets for the game will be sold and grouped in six seats or less. Fans will be required to wear a mask at all times while at Arrowhead except for when they are "actively eating or drinking." Hand sanitation stations were installed throughout the stadium, the team said.

Tailgating will be allowed in the stadium parking lot, the Chiefs said, but they should only use the area behind their vehicle "to maintain proper physical distancing between groups." A tailgate-free zone will also be provided for fans who do not want to tailgate.

As far as staff, the Chiefs said staff members will be required to go through a health screening, including a questionnaire and temperature check. Staff will also be required to wear personal protective equipment (PPE) and "exercise proper hygiene."

Here's where some other football teams stand on allowing fans in the stands this season:

An enthusiastic Dallas Cowboys owner Jerry Jones was brimming with excitement during the team's first training camp press conference on August 12. Jones expressed confidence that the NFL will host a full season of football with Cowboys fans enjoying home games in person.

"I'm confident that we've got a very educated situation and that our fans can come and have a safe experience at our stadium," Jones said. "Along with of course our players having the safety they're required on the football field."

When Jones was asked how many spectators would be allowed at AT&T Stadium, he said, "It will be in pods of possibly five, ten, 15 different people...Our stadium is well suited to put together numbers of people that have elected to come and want to watch the Dallas Cowboys play. I won't speculate on a number."

The Cowboys' NFL East rival, the Washington Football Team, has announced that no spectators will be allowed at their home games at FedEx Field. Washington's owner Dan Snyder cited the unpredictability of Covid-19 and the wellbeing of players, staff and fans.

Mercedes-Benz Stadium, home to the NFL's Atlanta Falcons and Atlanta United of Major League Soccer (MLS), will not host fans for the month of September because of the Covid-19 pandemic.

It means the Falcons will play at least two home games without spectators -- the home opener on September 13 against the Seattle Seahawks and the team's meeting with the Chicago Bears on September 27.

"The health and safety of our fans is our top priority," said Steve Cannon, CEO of the Falcons.

"After thoughtful consideration and collaboration, it became clear to us that adhering to the guidance by national and local health officials was the right decision," he added.

The Chicago Bears will not play home games in front of fans indefinitely .

Discussions between the Bears and the City of Chicago had been taking place about hosting a limited number of fans at Soldier Field amid the Covid-19 pandemic. That initiative was, though, deemed unsafe for now.

"After discussing a draft plan with City health officials, the Bears and the City of Chicago agreed the health metrics show that it is not the right time to welcome fans back to Soldier Field," read a statement.

"The health and safety of the city's residents and fans of the Bears will always take priority. The team and City will continue to monitor the environment and believe there can be a sound plan in place to bring fans back to Soldier Field once it is deemed safe and appropriate. Until then, Bears home games will not include in-person fans," it added.

The Bears are scheduled to play their first home game September 20 against the New York Giants -- their only home game in September.

The Tennessee Titans announced Tuesday that the team's home opener against the Jacksonville Jaguars on September 20 will be played without fans in the stands.

The organization is working with the Metro Health Department to implement a plan for the safe return of fans to the stadium. Mandatory face coverings, socially distant seating, contactless faucets, and hand sanitizer stations around the stadium are among the precautions the team will take.

"Though the time to open its gates isn't quite here yet, the good news is that the Titans have the right road map," said Dr. Michael C. Caldwell, Director and Chief Medical Officer with the Nashville Metro Public Health Department. "I'm confident that the plan we created together is a careful, well-rounded design that will provide a large degree of protection for fans attending games in the hopefully near future. I know the team has made the necessary preparations to implement significant safety measures when the time comes."

The New England Patriots will not be permitted to host fans at Gillette Stadium through at least the end of September, which means the team's home opener on September 13 and their next home game on September 27 will be without fans in the stands.

"Gillette Stadium will continue its preparations to safely host fans later this fall and will rely on guidance from the Massachusetts Reopening Advisory Board and our team of independent experts," Gillette Stadium officials said in a statement. "The health and safety of our players, coaches, staff, fans and surrounding community has and will continue to lead our efforts."